As just announced on Motorola's official blog, the company will begin rolling out Android 4.4.3 KitKat to unlocked Mot X, G, and E owners this week. Motorola has made a point of rapid updates since it was acquired and subsequently sold by Google, with Punit Soni acting as the public face of Motorola's software update team. 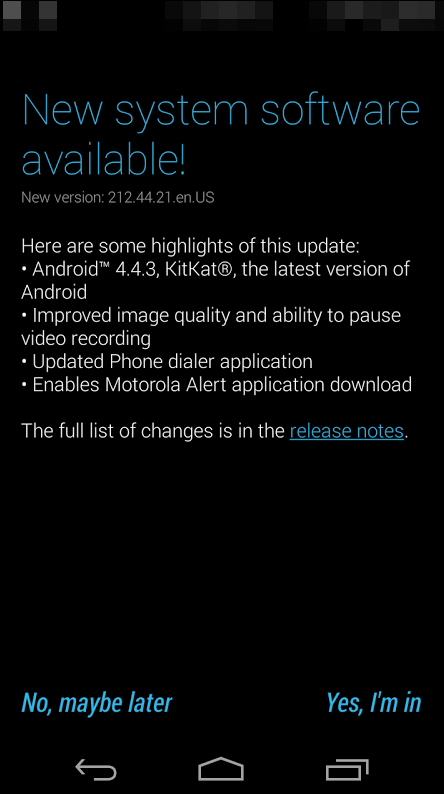 This update will be rolling out to unlocked (T-Mobile) Moto X owners, the unlocked Moto G (including the new and old 3G variants, as well as LTE the version), and the Moto E.