Well, that was fast. Just a few hours ago, we got official word that the Galaxy Note would be arriving on T-Mobile on August 8th. Now, we hear that as soon as the device launches, an OTA update will be available for the device. The update will bring the device up to Android 4.0.3 add some new minor improvements. The device will ship with Ice Cream Sandwich, but the tiny bump should still bring a few moderate improvements. 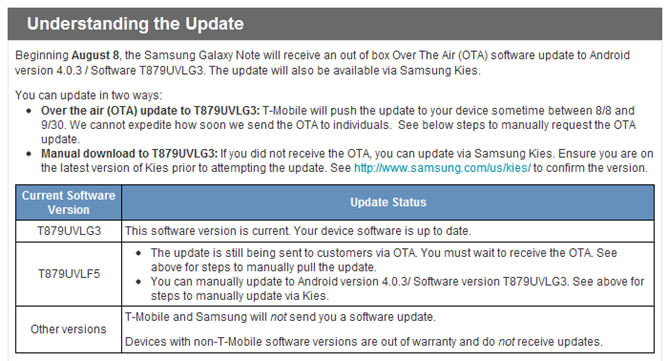 Regardless of the changes, if you're going to pick up a Galaxy Note, may as well make number one on your to-do list when you get it home to plug your shiny new device in to your computer and fire up Kies.

It has been two weeks since Android 4.0.3 started rolling out to the Transformer Prime, which made it the first tablet to officially receive the update. With a new version of Android, be it incremental or not, comes new and improved GApps, most of which we've already taken a close look at.

In Android 4.0.3, however, a new Gmail feature has been uncovered by ComputerWorld that is noticeably missing in its 4.0.2 brother: experiments. Sounds dangerous, no? 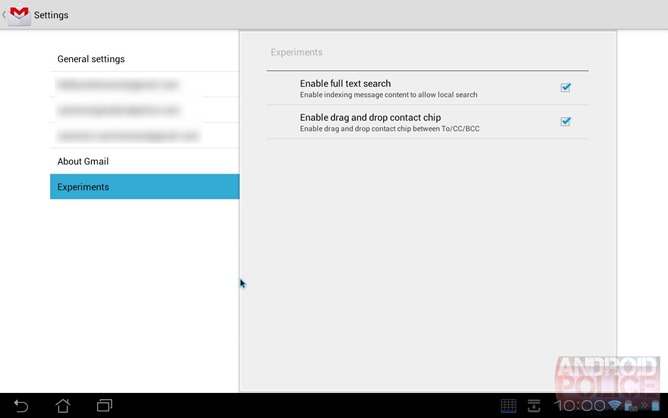 As you can see, these "experiments" is really just a couple of useful options that someone at Google probably deemed "worth including, but not entirely stable."

Looks like the incremental updates for Android 4.0 are rolling along nicely at this point - the VZW Galaxy Nexus received the update to Android 4.0.2 yesterday, and now Google has announced version 4.0.3. As you may expect, it crushes many bugs that have been found in current builds, along with throwing some optimizations into the mix.

This update will also bring some new goodies to the table for developers in the form of new APIs: