The Nextbit Robin is one of the best options, if not the best option, for Android phone buyers on a tight budget. After Nextbit was purchased by Razer, prices for the phone began to drastically fall from its $299 MSRP, and now you can buy it for just $117.99 on Amazon. 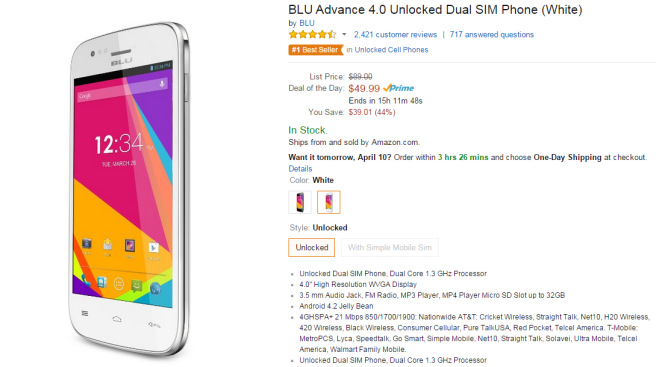 Like I said, it's nothing to get excited about.

It's still pretty common for OEMs to make 16GB the default storage option in phones, but you don't always have to live with that. If there's a microSD card slot, you can dump a ton of data on it—you just need to buy one first. Luckily, Amazon Goldbox has some killer deals on SanDisk storage products today only.

Look, educational books can be expensive. When you decide to learn something new – either on your own or in school – you have to dig in, which oftentimes means buying books on the subject. Amazon wants to ease the pain for both students and self-teachers with today's Goldbox Deal, where you'll find upwards of a thousand different titles in a variety of topics. It's worth noting that these are Kindle editions, so if you're a physical book kind of person, you're out of luck. Sorry. 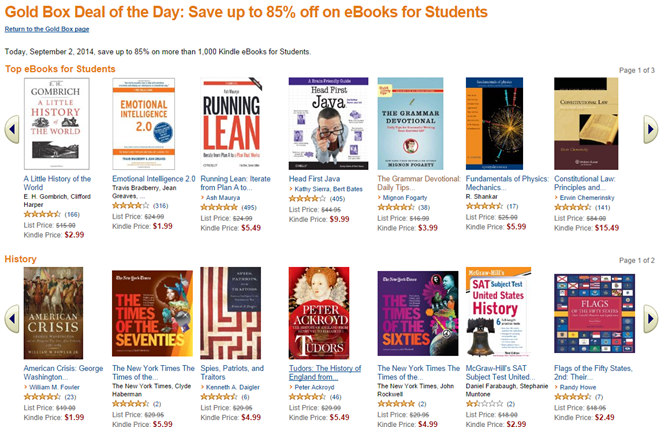 If you're in the market to gain some knowledge, head over and check out the full list.

If you're in the market for some new, high-quality over-the-ear headphones but aren't sure where to start, check out today's Gold Box deal on Amazon: V-Moda's Crossfade LPs are going for $75. These are normally $200 a pop (though Amazon's yesterday price was $107), so that's a fairly substantial savings (63% off for those who prefer to calculate their savings in percentages).