Gaming is one of the things Amazon touted quite a bit for Fire TV, and the company released an exclusive title called Sev Zero to show off everything its set-top box can do. The game is a mixture of tower defense and action shooter, which offers a unique blend of gameplay.

The company also released a companion app for the Kindle Fire HDX, which allows a two player co-op experience where the second player offers air support for player one.

In 1994, Amazon started as an online bookstore. Since then, the company has grown into one of the most important sites on the internet, and the largest online retailer in the world. In 2007, it released the Kindle, its first ebook reader. From there the Kindle line grew to include the Fire and Fire HDX, full blown tablets running Amazon's Android-based Fire OS.

Over the past 20 years, Amazon has broadened its horizons more than most other companies can even dream of.

If you've already splurged and bought a FireTV, you've probably noticed one pretty annoying thing: the much-touted voice search feature only shows Amazon content. That makes it far less helpful than it could be. Thankfully, Amazon realizes this and announced today that it will be working with Hulu, Crackle, and Showtime to bring voice search features to their respective apps. That's fantastic news. 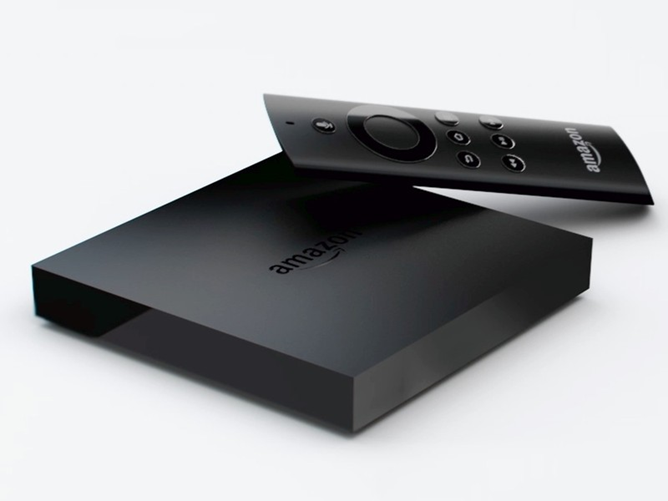 For those who may not be familiar with FireTV's voice search option, it's pretty simple: hit the mic button and speak into the remote.