BlueStacks made quite a splash when they released their alpha x86 Android app player for Windows late last year. When AMD invested millions of dollars into the company, it was clear that they were planning on leveraging the ever-expanding Android platform to put a shot into the arm of their PC chip business. Nearly a year after the initial investment, they're ready to make good: head on over to www.amd.com/appzone to check out the shiny new AMD App Zone.

Back at the end of June, Amazon officially announced that its Appstore would move past the U.S. borders and make its way into various parts of Europe sometime "this summer." Just in the nick of time, the company has announced that the Appstore is now available in the UK, Germany, France, Italy, and Spain.

Not only does this offer European residents Amazon's [often crappy] free app of the day, but it greatly increases Amazon's presence outside of the US.

Those of you who obsessively share photos to Pinterest, the rapidly-expanding and all-encompassing social network built for just that purpose, can finally do so from your favorite mobile platform. Pinterest has published the long-promised app to the Play Store for both smartphones and tablets, and unlike some other photo-centric sharing services we could mention, it actually looks pretty good. The interface mimics the bulletin board looks of the desktop web site, taking advantage of extra real estate on tablets to display more columns of popular photos or your stream.

In a step to make the Appstore an even more viable alternative to Google's Play Store, Amazon is now rolling out a new feature for developers to make more money: in-app payments.

The Play Store has had an in-app purchasing system for a while now, which allows developers to make some extra money off of their apps with things like in-game currency, subscriptions, upgrades, etc. Up to this point, developers haven't had a way to offer the same features (or capitalize on them) with the Amazon Appstore.

Last week, Amazon started a promotion to celebrate the Appstore's first birthday. One week and 28 apps later, that sale is coming to a close - but you still have a chance to grab some decent apps at a discounted price.

Here's a look at all of the deals Amazon is currently offering as part of this promotion:

Guess who's turning one? The Amazon Appstore! It seems like just yesterday that it was a freshly-hatched Appstore trying to find its place in a mobile-filled world. Over the past year, the Appstore has grown from just 3,800 initial apps to nearly ten-times that amount today (31,000). They grow up so fast!

In celebration of this noteworthy occasion, mamma Amazon is having a small party of sorts - an app sale party, to be exact.

Read More
Update: For those who don't have access to the Amazon Appstore (or even those who do and prefer not to use it), this game just landed in the Android Market. Go blow some stuff up. 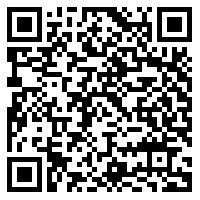 Having the ability to access your desktop or laptop computer from your mobile device is one of the easiest ways to ensure you always have the files that you need, and Splashtop's remote desktop software is on sale today in the Amazon Appstore for $0.99 to help you do just that.