Amazon's Android Appstore held great promise when it was announced, but the reality has often proven annoying to use. A big part of that was the terrible Appstore app that was used to install purchased content on a device. Today things are getting better in that department. The Amazon Appstore client has jumped from v5 to v7 and has gotten a complete UI overhaul in the process. 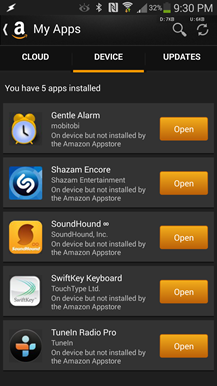 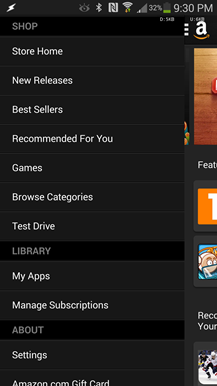 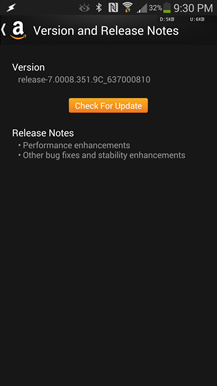 The new UI is still recognizable as Amazon, but it looks more like the updated Kindle Fire tablets, and less like something designed explicitly to taunt you.

There seem to be two distinct AAA strategies evolving in the mobile gaming world: make a premium product and charge a premium price (typified by most of Square-Enix's RPGs) or make a premium product that's free or incredibly cheap and make people pay for almost everything (Electronic Arts, Glu, and many others... including Square-Enix). With NBA 2K14, 2K Games is standing in stark contrast to EA's blockbuster Madden and FIFA series.

The Google Play Store got its big overhaul this week, and it looks pretty nice. The lost features are a bit of a problem, but maybe a bunch of app sales will cheer you up. There are a ton of them today, including some stuff from Amazon.

We all like free things. We also like getting things done without hassle (that's why smartphones are a thing in the first place, right?). When those two things come together, though, it's worth talking about. Amazon must recognize this fact, as it's offering up some fantastic productivity apps today without charge. 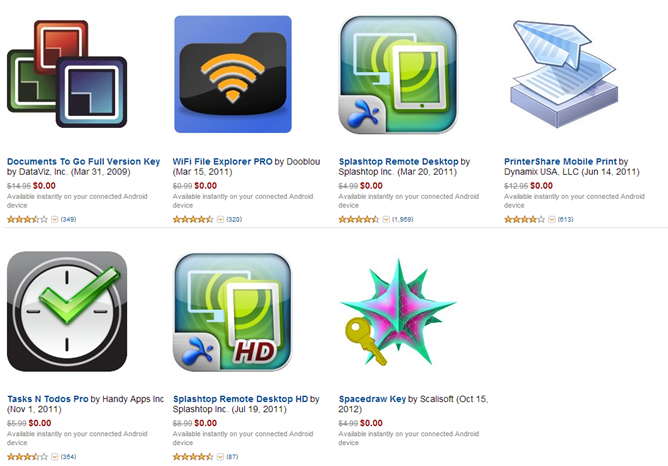 Among the freebies, you'll find some pretty solid names:

It's hard to say how long these deals will go on – it may just be for today only.

It's not often that a puzzle game transcends the relatively tight boundaries of its genre to try and tell a larger story, but that's the idea behind Fallen Tree Games' Quell Memento. The only character is an old man, sitting idly in his ramshackle house, trying desperately to hang onto his life's memories. As you play through the game, the puzzles unlock his memories by thematically mirroring the objects inside the house.

Gordon Gekko tells us that "Greed is Good," a sentiment that I happen to agree with under the circumstances. n Amazon's continuing effort to be the first place everybody turns to for their Internet purchases, the online retail giant has updated its Android Appstore to v5.0 and now supports "nearly 200" countries. Thanks to an announcement last month, we know that this expansion propels the precise count from merely 7 markets up to a shocking 195.

If you have been keeping up with Amazon's Free App Of The Day, you've probably amassed a really big collection of pretty bad apps. In fact, since the launch of the Appstore in March 2011, only a couple dozen winners have graced the front page with a $0 price tag. Today we're lucky enough to see another one of those rare gems, 10000000 ("ten million"), for everybody to enjoy at no cost.