There's a reason that the Nexus 4 has been sold out almost since it hit the Play Store: for custom ROM enthusiasts, buying anything else is a crapshoot. Assuming that the bootloader is unlocked (or can be,) you've just got to hope there's enough adoption among ROM developers to ensure a steady stream of builds. Owners of T-Mobile's former flagship, the HTC Amaze 4G, have had relatively good options in this area, and they just got a little better: the CyanogenMod team has released official nightly builds of CM10.

In a somewhat unexpected turn of events, it seems that at least one customer ordering an HTC Amaze 4G from T-Mobile.com has been alerted that shipments of the device have been delayed "due to an unforeseen issue with receiving the product from the manufacturer." It looks like T-Mobile is sending out emails to customers informing them that  they have no "estimate as to when the product will be available," and suggesting that customers explore other options in the meantime.

Update: The ICS update should be rolling out to the Amaze 4G now. Head to the Settings -> About menu to check for it.

Earlier this month, T-Mobile updated the support documents for the Sensation 4G to let users know that the ICS update would be available "very soon." Now, we have an exact date for that very soon: May 16th.

Beginning May 16, an optional update will be available for the Sensation 4G to update to the latest operating system, Android 4.0 (Ice Cream Sandwich).

Good news for T-Mo customers with either the HTC Sensation 4G or the Amaze 4G: ICS is coming your way... sometime in the future. T-Mobile just updated its support documents for each device stating that they will be getting Ice Cream Sandwich, but it's just not sure when that's going to happen.

There are no other details available at this time, either - but it's still nice to know that Magenta loves you enough to go ahead and put the info out there that you will be getting ICS.

Looks like HTC jumped a new member into the unlockable bootloader gang this morning: the EVO Design 4G. The Design now joins the ranks of the Sensation, EVO 3D, and Flyer in the realm of unlocked bootloader-dom, along with another recent newcomer to the scene, the Amaze 4G on T-Mobile. 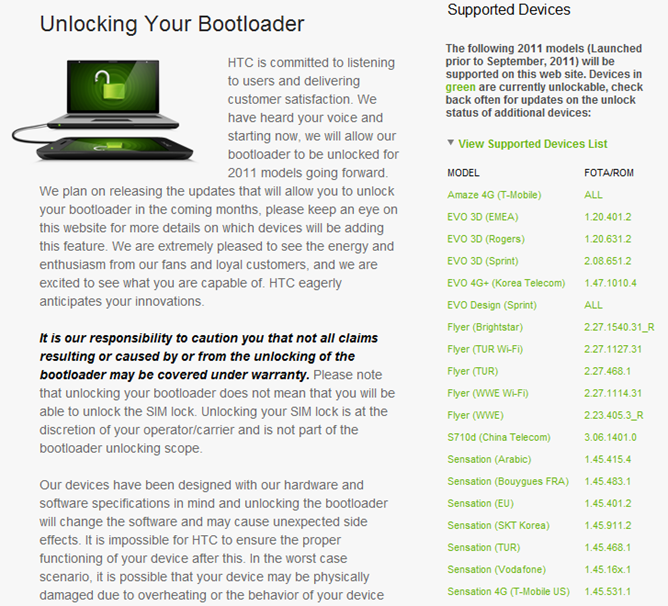 As always, the process will void your warranty, but if an unlocked bootloader is what you're after, then this is the place to get it done.

Looks like Wirefly has cracked open the box for the HTC Amaze 4G and put it through its paces. As always, Bob Kovaks does a great job of showing of the phone's features, including a bandwidth test, benchmarks, a look at what the camera is capable of in both still shots and 1080p video, as well as touching on other features. Before you watch the video, here is a quick look at the guts of the Amaze:

Now that you know the deetz of this beasty, have a look at what Wirefly had to say about it:

As stated in the video, Wirefly will donate $1 to the Susan G.
Read More 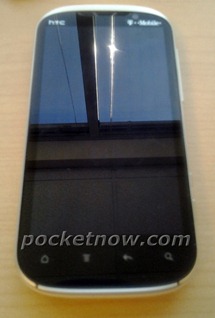