ADWLauncher EX, one of the most popular launcher replacements on the Market, has received a major update just in time for the app's birthday, and Google's 10 Billion app download celebration, which is set to bring 10 apps a day to the Market for just $0.10 each over the next 10 days. ADWLauncher EX is set to be one of the promoted apps, so new buyers should hold off until it appears in the promotion.

Those of you acquainted with the inimitable Ander Webbs have been waiting for this one for a while. Once dubbed ADW Freak, the souped-up version of everyone's favourite open-source launcher has arrived, and it's now named ADW Ex.

On the surface, Ex brings ... well, it brings crazy transitions and UI effects, mainly. But underneath all that is some pretty impressive performance improvements. In a launcher, the real place where performance counts is in the drawer scrolling, and if you've been feeling that ADW is a bit laggy lately, Ex will quell your frustration with its silky smoothness. 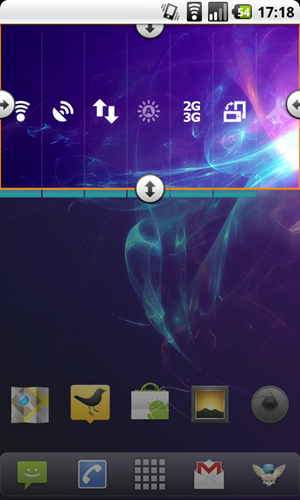