Action Launcher is getting an update as we speak with a completely new feature. It's called the Quickbar, and it finally puts that search bar on the home screen to good use. In v3.5 you can add your own shortcuts and custom actions to the bar for easy access.

One thing is for sure, if you ask developer Chris Lacy for something enough times, he's going to do it. Well, maybe. Case in point, the new version of Action Launcher includes a number of highly requested features. You can grab v3.4 from the Play Store right now to check it out for yourself.

Developer Chris Lacy has pushed out another update to Action Launcher, bumping the software up to version 3.3. Just over a month has passed since the last major release, and plenty of new features have crept in during that time.

One of the most visual changes is the ability for Quicktheme — which lets Action Launcher match your wallpaper like a chameleon — to integrate with live wallpapers. This is done through an open source API that requires changes on the live wallpaper side of the equation in order to work.

Action Launcher v3 came out a few months ago with a ton of refinements and a slimmed down feature set. I thought it was quite a nice app, but the lack of certain extras irked some users. Developer Chris Lacy has been hard at work pushing updates to the launcher since then, and today is a big one. Action Launcher v3.2 adds so much stuff I'm going to use our snazzy new multi-column layout for the changelog.

Most of the AOSP-based custom launchers operate in roughly the same way, but Action Launcher has always been different. Right from the beginning it offered cool ways to manage your apps and widgets, and it only got better over time. That app was based on the Jelly Bean-era Android launcher, and it was time for an update, according to developer Chris Lacy. Action Launcher 3 is a complete rewrite of Action Launcher that brings with it new features, but also drops a few (at least for now).

Most third-party home screens simply add on features to the standard launcher experience, but Action Launcher has always been a little more innovative. While it has a lot of neat stuff like Shutters and the Quickdrawer, it has been missing one of the basic features of a custom launcher – unread counts. Well, now it has arrived, albeit in beta form. 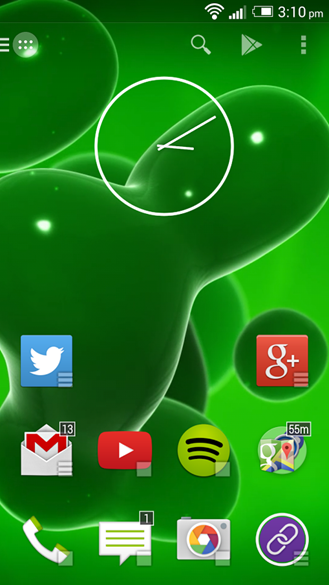 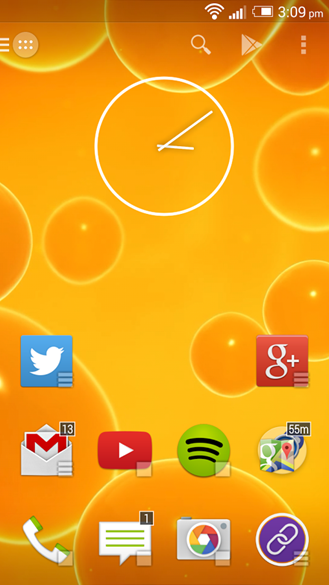 Action Launcher developer Chris Lacy has rolled into the latest beta a feature that just appeared in Nova Launcher two days ago. After signing up for the beta and getting everything good to go, just hop over into the app's settings to toggle the feature on. From then on, you can say "OK Google" from the homescreen to have it pull up a Google search a la the Google Now Launcher. 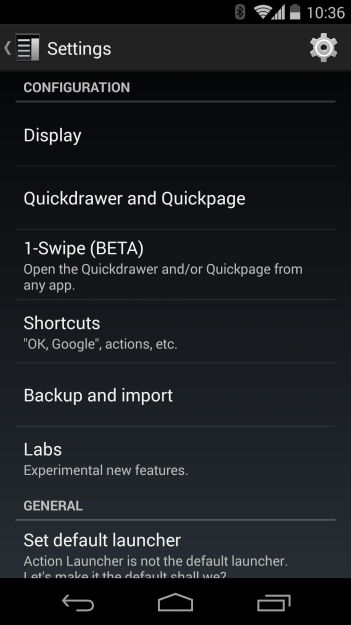 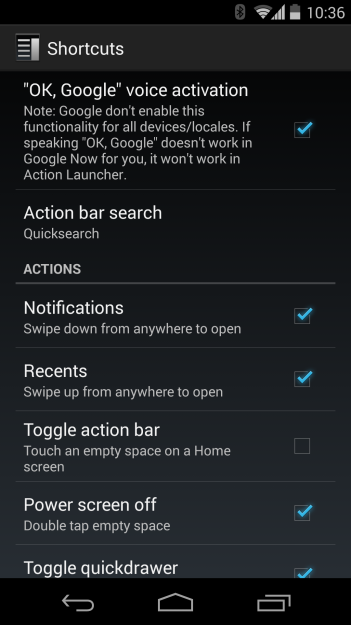 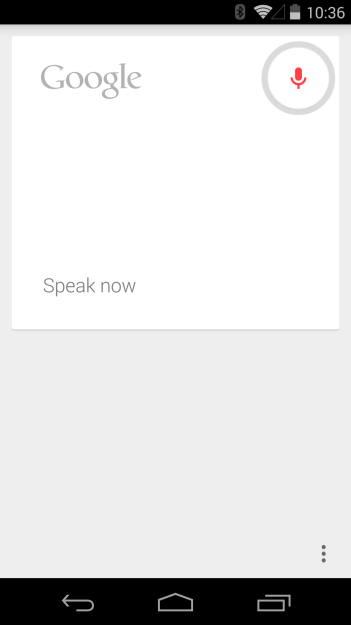 That's not all the beta has up its sleeve.

Action Launcher is one of the more distinct alternative home screens for Android. Instead of grafting new abilities on a standard launcher setup, the developer has created some innovative features that change how you use apps and widgets. Version 2.0 is just out and it's adding even more goodies.