Owners of OnePlus phones keen to get the latest features fastest will be aware of the Open Beta program. New Android versions and the latest Oxygen OS enhancements are tested there before being rolled out to everyone. Now, the first of these betas for the OnePlus 6T has dropped.

What it looks like (or how it even came to be) are still up in the air, however. Until we know more concrete info (or hear an official announcement), there's no way to reliably nail down the details.

We've been hearing a lot about Volantis lately, but what about the other supposed Nexus device - Shamu? Since we originally broke the story back in July (with the Information affirming Shamu's existence soon after) things have been relatively quiet, with only a benchmark test here or there popping up with alleged specs that seemed to point to a smaller device.

Today, however, 9to5Google has divulged specs and details about the device in which the outlet seems fairly confident. 9to5 says it can corroborate the 5.9" screen size, and notes that "the device we've learned about" actually carries the following specs, some of which clash with earlier reports:

Worth noting is that 9to5's information aligns almost perfectly with information we received earlier this year, but they also sound very close to a device we've seen under the name Quark, which may in fact be the basis for Shamu.

In a post to Google+ today, developer Koushik Dutta unveiled ClockworkMod 6.0 – the latest update for one of the most popular custom recovery options available for Android.

For now, ClockworkMod Recovery 6 is only available for the Galaxy Nexus (VZW, Sprint, and GSM varieties included), ready to download from the usual place.

ClockworkMod 6 brings several enhancements that are sure to please users and ease the recovery experience. Among these are a new backup format that allows for incremental backups by "deduplicating" data between backups, a backup speed boost, a fix for restores over 2GB, and some minor UI tweaks.

I've got a 16GB microSD card that I primarily use in my phone for local music playback. It's about half full - I really only keep my most recent music picks and a workout playlist on it, and stream everything else. Which brings us to a bit of a hiccup given that this is a review of a 64GB microSDXC card. In our Android-specific case, do you really even need a large amount of storage now that you can stream just about everything and anything on your Android device, and most ship with enough on-board storage to satisfy the app space of all but the most insane power users?

The newest version of Firefox Beta for Android is out on the Market now, and it brings a slew of UI changes, performance improvements, and other fixes and enhancements. Just check out this condensed changelog:

New in this release for Android:

I remember when the first Guitar Hero launched for the PS2 in early 2006, it was a ground-breaking concept. Since then, there have been far too many iterations of the game on virtually every device and platform conceivable. And now you can get your own personal copy of the latest Guitar Hero (Warriors of Rock) in the palm of your hand for the low price of $2.99 from the Amazon Appstore. The game costs $7.99 in the Amazon Market. 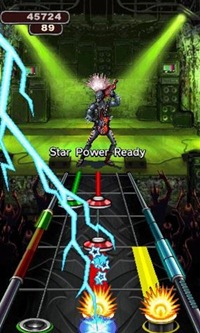 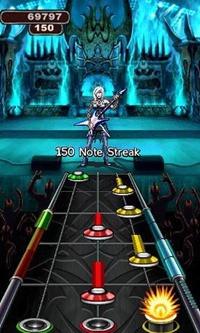 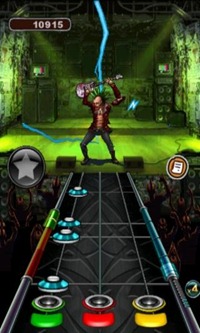 If you have never played or heard of Guitar Hero, it is a "rhythm music video game" where you have to match notes of (usually) rock songs by hitting the colourful buttons that appear on your screen.

Before I go onward with this rant, I want to make it crystal clear that I have nothing personally against the developer who ported CyanogenMod 7 to the Galaxy Tab, people like him (or her, of course) are part of the reason I love Android. But they're also part of the reason I have become increasingly frustrated with the custom ROM community's professionalism and ethical standards at large. Let me explain.

CyanogenMod 6.1 Alpha has just been ported over to the 5-inch tabletphone, and while the experience is said to be imperfect as it stands, WiFi, Bluetooth, 3G, and hardware acceleration are reportedly all in working order. Despite some minor issues, perhaps what you'll find at the download link below is also what the device should have with way back when in August...

If you remember, shortly after the .3 leak was posted, HTC announced that it wasn't the final Froyo release. Indeed, a few days later, on Monday, the world saw a new, this time official, OTA with the version number ending in .6. The problem was, however, that there was no way to update from .3 to .6, which left the early adopters empty handed.

Pojoman, one of xda's members, managed to acquire the necessary upgrade file from Sprint (props to his connections there) and made it, along with installation instructions, available to all the EVO pioneers.