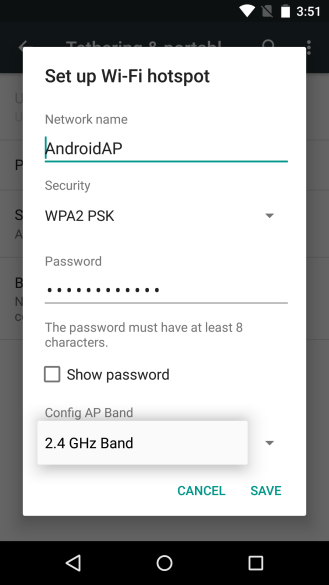 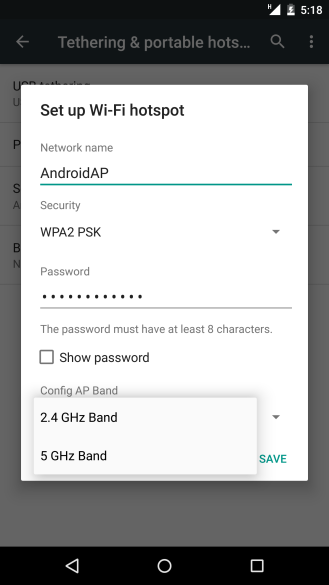 With Android M, however, Google is bumping the hotspot feature up to version 2.0, which includes one somewhat major new feature: the ability to broadcast in 5GHz mode.