Update: We had a bit of a misunderstanding on the update text. As commenter Gardner points out, the restart and other options on the power button menu were in the SHIELD Tablet 5.0 update. The "SHIELD Power Control" menu, a section of the primary Android Settings menu that was included in KitKat but dropped from the 5.0 update, is back in 5.0.1. Sorry for the confusion. 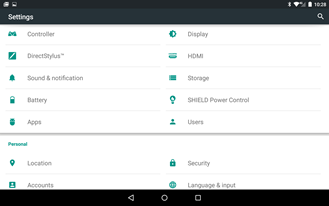 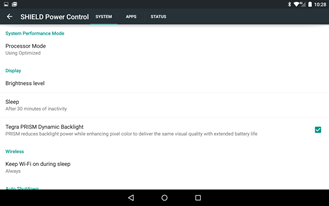 Inside the SHIELD Power Control menu are basic settings for the Tegra K1 processor and a few screen options, as well as more standard Android settings like a sleep timer for the screen and Wi-Fi.

Update: Here is the link to the OTA file, direct from Google's servers.

We get excited about bugfix releases around these parts, even if they don't bring the kind of glossy user-facing changes that the big updates do. Android 5.0.1 hit AOSP early this month, and now it looks like the over-the-air update will be on its way to Nexus 5 owners before the end of today. Sprint and T-Mobile have both shared the news themselves.

Google started pushing an incremental Android update to a handful of Nexus devices early last week, with factory images for those units shortly after. Today, the 5.0.1 images for the Nexus 6 and Nexus 4 are live and ready for your flashing pleasure. Surprisingly, we're still not seeing anything for the Nexus 5, and the 2012 Nexus 7/LTE model are of course lagging behind as well. We'll keep you posted as more images become available. 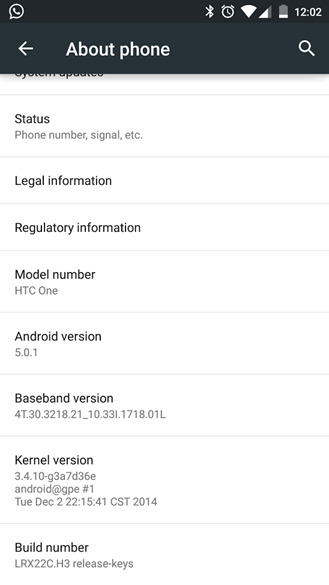 And surprisingly, it looks like both phones are in fact getting Android 5.0.1, the ever-so-slightly newer edition of Lollipop that should fix some of the initial problems discovered after large-scale software releases.

There have been whispers about an impending update to Android 5.0.1 for a little while now, and it looks like Google has begun pushing the new release to AOSP now. 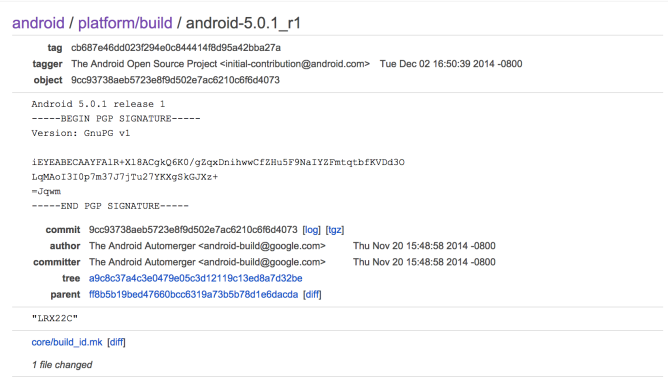 The build being pushed right now is LRX22C. We've heard that Android 5.0.1 will also be coming to Android Wear, a possibility corroborated by Derek Ross, who points out dramatically improved battery life for Google's wearables. The update is also supposed to fix a variety of issues with the initial 5.0 builds, but in the absence of factory images or OTAs (for now), all we can do is wait for the push to complete and look around for any goodies.