It's impossible to launch a new flagship phone these days without some fancy (and expensive) companion devices. At least that seems to be the approach that Samsung and LG are taking, and the former has a very interesting 360-degree action camera on the way. The Gear 360 captures both still photos and video in (you guessed it) 360 degrees thanks to dual lenses and a ball-like design. The Gear 360 is launched in Samsung's home market of Korea, and though it's yet to get a western release, the companion app is already available.

The folks over at YouTube have had a busy week after launching YouTube For Kids, and then turning on video trimming a few days later. To keep the ball rolling, the YouTube team shipped a brand new update to its primary app last night that finally enables stats for nerds. After examining the apk in a teardown, it turns out that there's also a big improvement to the upcoming audio swapping feature, and it seems there may even be some new search filters on the way.

The "big" new feature probably isn't going to get too many people excited, but Stats For Nerds is finally live.

A typical camera captures what's in front of it, but newer products are rolling out that really don't care what direction they're facing. Florida-based startup VSN Mobil's new V.360 is such a camera, one that records everything going on in a 360 degree area around it. It's not the first device to do this, but with its 16MP imager capable of capturing content in full 1080p, it should do so quite prettily. And for those crunching numbers, 1080p with a 360 camera comes out to a resolution of 1080 x 6480. 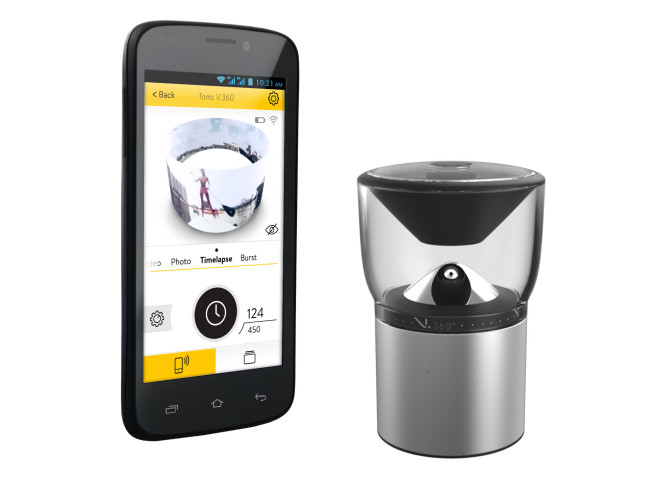