Motorola seems to have cracked the code to make people really, really excited about the Moto X: give them a huge freakin' discount. After driving the Internet wild and crashing their own site with a Cyber Monday deal on the Moto X for $349.99, the deal has returned via a "12 Days Of Christmas" deal from The Today Show. You can get a $150 discount on any contract-free Moto X from Moto Maker (except the bamboo back version), or take a cool 50% off the on-contract price.

The recently-announced HTC myTouch 4G Slide that's set to land on T-Mobile's HSPA+ network sometime this month has already fallen victim to Wirefly's crazy price-slashing mania that they company is so well known for. Right now, you can pre-order the myTouch 4G Slide for $150, which is $50 less than Team Magenta is selling the handset for. 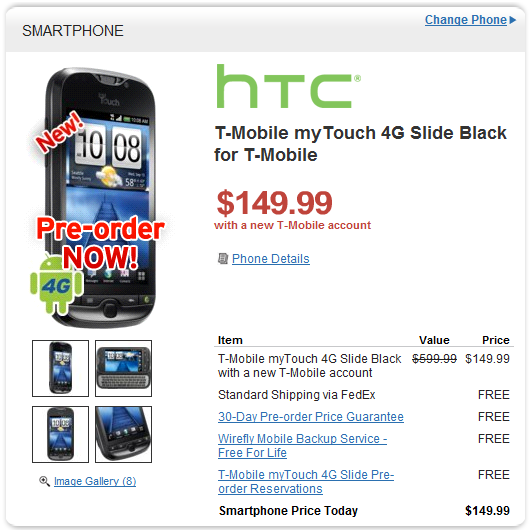 The myTouch 4G Slide is HTC's latest entry into the 'superphone' market, with some pretty impressive specs:

While those specs are about as high-end as they come on modern smartphones, they're not the only thing that sets the myTouch 4G Slide apart, as HTC also added some flare to the camera itself:

There you go - if you're into taking awesome pictures with your smartphone and you're lookin' to score the hottest thing on T-Mo, then this is the deal for you.

Today must be a good day for deals - first the Acer Iconia Tab A500 for $380, and now the Wirefly has the HTC EVO 3D for $150 with a two-year agreement. Considering that this device isn't slated to hit shelves for another two weeks, this is an excellent price (the lowest we've seen yet). 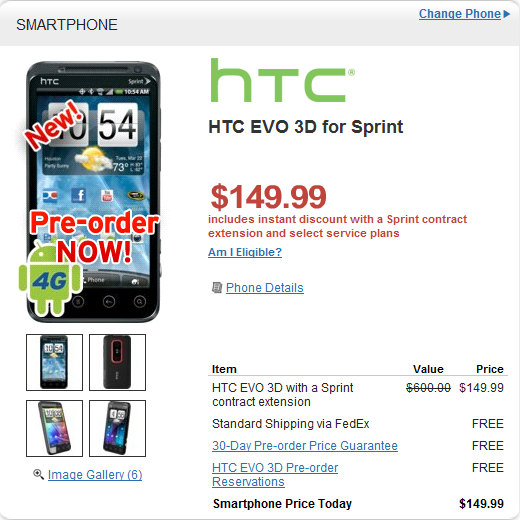 To add a bit more awesome to the deal, if you use Sprint's Buyback Program, there's a chance that you could get basically score this upgrade for free.

The refreshed version of the original and very popular Motorola Droid X - the dual-core Droid X2 with a hi-res qHD screen - is up online at VerizonWireless.com for $199.99 on a 2-year contract a whole week earlier than you will be seeing it in brick and mortar stores. With free overnight shipping, you can rock Verizon's newest and, ironically, first dual-core Android phone by tomorrow (Bionic who?). 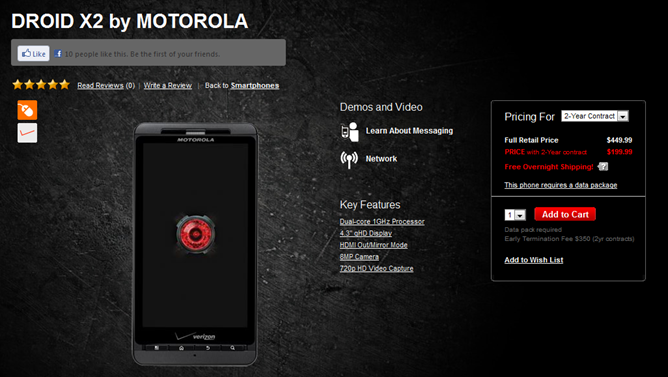 As promised, from today the AT&T online store is offering the Samsung Infuse 4G for $199.99 with a 2-year contract. The contract requires you to additionally purchase a minimum data service which starts at $15/month. Alternatively, you can pick up the 4G device for $549.99 sans-contract. Oh and there is also free shipping.

Since the day it was released, the DROID Incredible 2 has been hard to get ahold of, especially if you prefer to do all of your business with Amazon Wireless. Well, I'm happy to tell you that it has dropped its "backordered" status, is in stock, and available at a pretty incredible price (no pun intended). You can grab this second-gen monster for the low price of $100 with a new two-year agreement, which is 50% off the price that you will pay at Verizon.

After yesterday's launch of Optimus V on Virgin Mobile USA for $150, MetroPCS, another prepaid carrier, just followed the same suit and dropped the price of its own Optimus variant, the Optimus M, from $229 to $149.

The $80 President's Day price drop consists of an instant $30 discount and a $50 mail-in rebate, valid on purchases made from February 1st (that's today as of 5 hours ago) and February 28th.