The AT&T-branded variant of the HTC One has a new maintenance update available, bringing the device to version 1.26.502.15. HTC's official announcement and update instructions can be found here. This is the second OTA update to be issued to the AT&T version of HTC's flagship handset, and the changelog is but a single item long. That item? "LTE Enhancements." Hooray! (?) 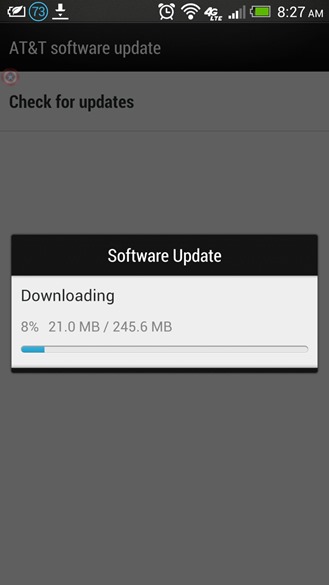 According to a growing XDA thread, the update is around 245MB, though it downloads much more quickly than one would expect it to for a package of that size.