We found 940 results for 'pixel bluetooth'

The original Droid was a revolutionary phone, not just because it saved Motorola from certain bankruptcy but also because it revealed the wonders of Android to the masses.

For the first time, an Android device was being marketed in a way that appealed to an average American. Not only that - the Droid was Google’s officially anointed Jesus phone, up until the Nexus One came along, meaning it was the first to get Android 2.0, the first to get Google Navigation, etc.

When offered to preview Sprint’s Samsung Galaxy S offering, the SPH-D700, also known as the Epic 4G, I immediately jumped on the opportunity. While my first personal-use Android device was the Nexus One, I’ve handled my share of Android smartphones, and my history of smartphone use has included several Samsung phones over the years. This being the first Galaxy S device I’ve personally handled, I’m glad to say that Samsung does not disappoint, and I can highly recommend the device to users who need a physical keyboard and can sign up for a contract with Sprint.

At this point, we'd consider it a joke to release a device with Android 1.5, but apparently, Dell thinks differently.

Oh, and the best part?

You’ll notice I’ve taken the liberty to highlight a few of the Streak’s unique points, good and bad.

A few weeks ago, Samsung was kind enough to send us an Intercept for review. While it may not be of Galaxy S caliber, it’s not intended to be. Rather, it’s more so aimed at the feature phone crowd – those who want something more powerful than a feature phone, but maybe not all the bells and whistles of a high-end smartphone. We spoke (unofficially) with Samsung about what other phones they think people will cross-shop the Intercept to, and they agreed its target is something like the enV Touch.

If you’re the kind of person who isn’t exactly careful with their phone, or needs it to be usable in extreme conditions, you’re in luck. Sprint has just announced it will begin shipping the Motorola i1, the first push-to-talk Android phone, from their online store and telesales starting July 25, and from all other channels on August 8.

The phone meets military specifications for dust, shock, vibration, and rain, so it will certainly be able to handle anything you can throw at it (or anything you throw it against.) Nothing has changed since its launch on Boost Mobile last month, but here’s a refresher on its specs, now that the device is hitting one of the four major carriers:

Clearly, the fact that it is running Android 1.5 is a huge downside, but that shouldn’t matter to the market the phone is aimed at.

Samsung Vibrant - the Galaxy S series representative on T-Mobile - is going live today, July 15th, and T-Mo already made it available in their online store for $250-$50 rebate.

Well, it looks like today Amazon.com followed suit and is now offering the Vibrant at the same cool $149.99 delivered for free in 2 days.

Samsung has been very good to us lately – yesterday, I came home to find the (pink) Intercept on my doorstep, and today they delivered a Captivate to Chris (yea, I got the short end of that stick.) This may not be the crown jewel in Samsung’s collection, but it serves as a phone for the masses. 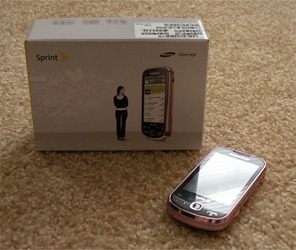 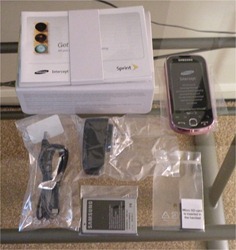 It’s funny (but not surprising) to see Android moving down the phone spectrum – or rather, maybe Android is just keeping its spot and the hardware has caught up to it.