We found 5961 results for 'google search'

A new vulnerability that affects every Android device currently on the market was discovered and published today by Thomas Cannon, an information and security researcher. The hole in the way the Android browser treats Javascript allows a remote attacker to lure an unsuspecting victim to a malicious web page, which then downloads and executes rogue Javascript with access to the local SD card's file system. While the locations of files on the SD card needs to be known by the attacker in advance, it still represents a clear problem due to many popular applications storing data in the same location.

Stuck without a place to stay at the last minute? Pick the exact neighborhood and star level you want and save up to half-off when you bid for a hotel.

LG's Optimus One series (which includes such phones as the Optimus T for T-Mobile, the Optimus S for Sprint, and the recently announced Vortex for Verizon), has been a great hit with customers, so it should come as no surprise that the company's expanding it quickly. Today's Optimus One news comes from US Cellular, who has just announced that the Apex, which is essentially an Optimus One with a keyboard tacked on, will be launching on November 19th for $79.99 after a $80 mail-in rebate.

Exactly a week after getting rooted and only a few days after getting its very first CyanogenMod nightly release, HTC Desire Z and T-Mobile G2 owners can now upgrade to RC1 (release candidate 1), bringing it up to speed with the rest of the devices supported by the CM team. Apparently, these guys move at light speed.

G2/Desire Z owners should consider themselves lucky, as Cyanogen himself owns a G2 and maintains this CM branch - that's when you know you are in good hands.

We always knew Verizon and AT&T would be getting their hands on devices much like T-Mobile's Optimus T and Sprint's Optimus S; we just didn't know when they would start selling them. Well, you can now cross the former of the two off your list, for Big Red just announced that the LG Vortex will be coming to its stores come November 18th, along with:

RUN!RUN!RUN!
The sheep family is in danger now.
They need to run fast and use their wisdom to get across various obstacles, finally go back home.

In our last week's poll, we asked you your thoughts on the best overall Android music player, and over 1500 of you responded, clearly putting PowerAMP ahead of the competition, followed by Winamp. PowerAMP released the full version shortly after and still occupies the #1 spot for playing local music in my book.

However, rightfully so, some of you noted that there are some players out there specializing on remote media streaming, and by that I don't mean Shoutcast streams - I mean streaming your own music collections. 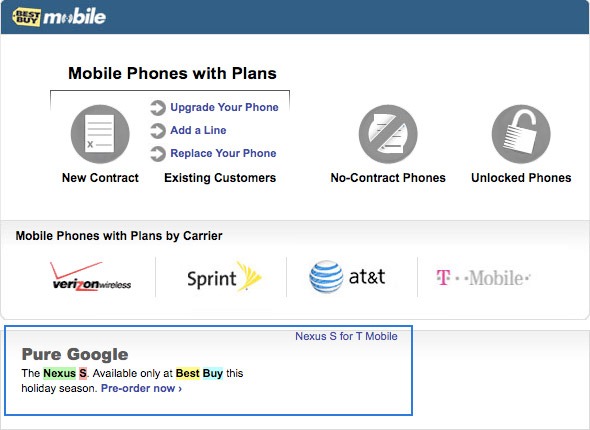 Motorola CLIQ owners have been waiting for this day for a very-very-very long time, but, believe it or not, it's finally here. Following the leaked version from 3 weeks ago, the official Éclair for you phones (but not CLIQ XT just yet) is now available from Motorola - not as an OTA, but as a downloadable .zip.

Why Motorola put together the longest update instructions I've ever seen, with more warnings than a prescription drug, is beyond me - it seems to me like the same effect could have been achieved via the existing OTA (over-the-air) update mechanism Android already supports.