Fragmentation is often brought up as one of Android’s bigger flaws, and despite Google’s promises, it doesn’t look like it will be going away any time soon. Google has said that Froyo is supposed to help bridge the gap between OS versions, and help stem fragmentation, but I haven’t been able to track down exactly how that’s supposed to happen.

Not that any of that matters for owners of the Samsung Behold II – it doesn’t look like they’ll be seeing anything past 1.6, let alone version 2.2. 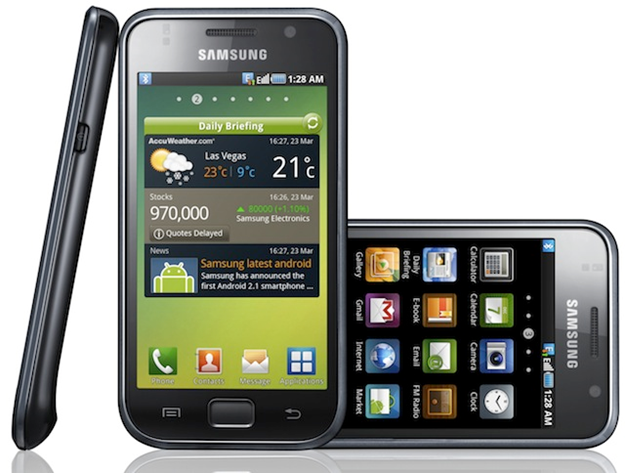 Yesterday we reported on the Samsung Moment 2.1 update arriving early due to a Sprint's goof - the update page showed no sign of the update but the file you would download was that one and only long awaited Android 2.1.

We later saw reports that the update was pulled, though could not find any evidence of that, as the .exe file seemed to remain at 100MB+, which was the same as the 2.1 file.

We are still trying to assemble all the bits and pieces but it looks like Sprint was preparing the 2.1 upgrade for tomorrow, May 14th but uploaded the updater and the new instructions today.

A user of SDX-Developers by the name of chrisfeltdrum was downloading what he thought was an older, previously released in February update, when he realized the OS version he upgraded to was actually Android 2.1.

Chris immediately posted this information to the SDX-Developers forum for confirmation, and in a matter of minutes other users have confirmed the update was indeed official 2.1 and not the old Feburary release. As we reported yesterday, Sprint has once again pushed back the scheduled Android 2.1 update for the HTC Hero to an unknown future date, destroying expectations of the May 7th release.

Another official confirmation of this was given today in a Sprint statement by another Sprint admin, which notified customers that the delay also affects the Samsung Moment. The official statement on the Sprint forums said

We wanted to let you know that Sprint continues to work closely with Samsung and HTC to deliver the highly anticipated Android 2.1 upgrade for Samsung Moment and HTC Hero.

An internal Sprint memo has surfaced showing a new early May release date for both HTC Hero and Samsung Moment Android phones, jonathan76888 on AndroidForums found out.

The memo looks quite legitimate and this time actually lists 2.1 as the update target, compared to the one from 3 weeks ago that referenced a "maintenance release" and promised an April 9th date (followed by rumors of April 16th, all false).

The wait is almost over, guys.

We just got word that the long awaited Samsung Moment 2.1 update ROM was leaked and is available for your flashing pleasures. Android Police seems to be the first Android blog to break the news.

SDX forum members have tested the ROM out and found it working, with the exception of some of them not being able to log into the Market.