Here's a secret about Android Wear: at the moment, even more than a year after the first Wear devices hit the market, most of these smartwatches use the same Snapdragon 400 system-on-a-chip. That means that outside of screen resolution and quality, and of course the cosmetic changes implemented by the different manufacturers, there isn't much difference between the latest models and the originals. That being the case, the first Samsung Gear Live (the square one) is still a pretty good way to get into Android Wear, if only to see if you actually like it.

So a Gear Live for $80 is still a great deal, even if it's not quite the rock-bottom price we've seen on similar models like the G Watch. Apple has spared no opportunity to advertise how customizable its debut smartwatch is, thanks to the promised number of bands wearers will be able to swap in and out. Unsurprisingly Google wants to take some of the wind out of those sails. The company has taken this moment to highlight a set of straps available for various Android Wear devices from the likes of Clockwork Synergy, E3 Supply Co., and Worn & Wound. 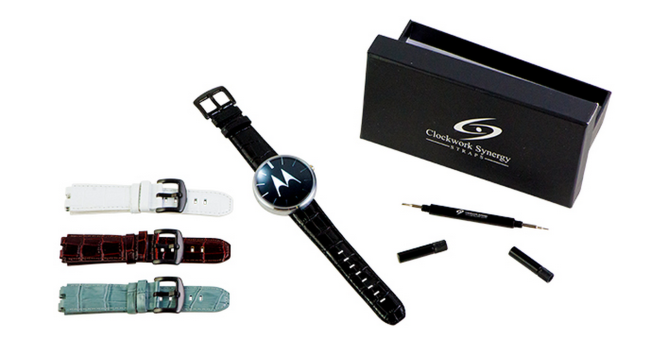 In just a few months, it will be the one-year anniversary of Android Wear's announcement (March 18th). Since the first two official Android-powered watches were released at I/O 2014, we've seen half a dozen total watches running Android Wear, each with its own pros and cons. These devices run the gamut from kind of ugly to truly gorgeous. A new wave of watches will be upon us in the coming year, but the current ones are still a great way to get into wearables. In fact, I bet there will be some solid discounts on these devices in the not too distant future. 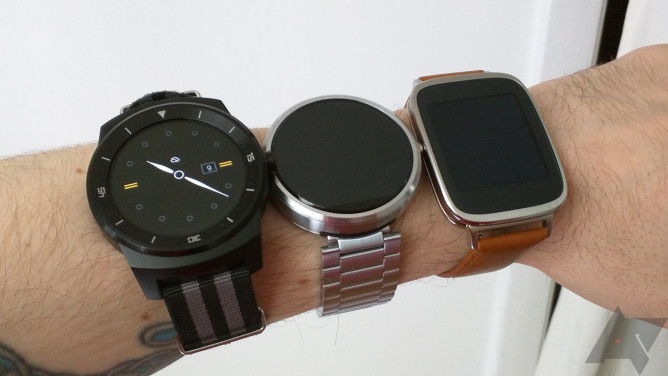 If you simply can't decide which—if any—watch is the right one for you, here are all the strengths and weaknesses of the current crop.

IP infringement and the internet have a long and storied history. Never has it been so easy to share so much so quickly so anonymously - something any college student with a campus broadband connection generally discovered as an almost dorm room rite of passage from the late 90s onward. Music, films, television, games, and other software have long been the most-pirated content categories, in turn provoking varying degrees of legal response from the industries who own and distribute such content.

But long before pirating was yet a twinkle in Usenet's eye, counterfeiting was already making design and trademark infringement an economic powerhouse.

The newest Android Wear update has started rolling out to the Samsung Gear Live after hitting G Watch and Moto 360 devices in the last few days. The update comes with version number 4.4W.2 and makes a handful of tweaks to the OS, not the least of which is the option to hide notification cards on the watch face. 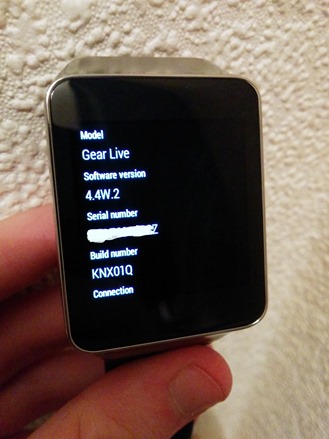 Android 4.4W.2 is slowly rolling out to various Wear devices this week, and my G Watch R review unit just received it earlier this afternoon. A couple of commenters have pointed out a new feature in W2 that we hadn't yet noticed - you can now hide notifications, as opposed to dismissing them, directly from the watchface.

When Samsung and LG began selling their Android Wear watches, it seems they made a small oversight: the only way to get the proprietary POGO pin charging docks was to buy the watch. That left customers who had lost or damaged the chargers with no way to get their devices charged again. LG made good on the problem by adding a G Watch Charger to the Play Store back in August, and now Samsung has followed up for the Gear Live as well.

The Gear Live replacement charger is now available in the US Play Store for $14.99, which is actually five bucks cheaper than the LG version.

Update #1 9/6/14: It looks like at least some of those who've run out to buy the Moto 360 at retail are already seeing the KGW42N update. Charge your watch, set it up, and you should get the alert. 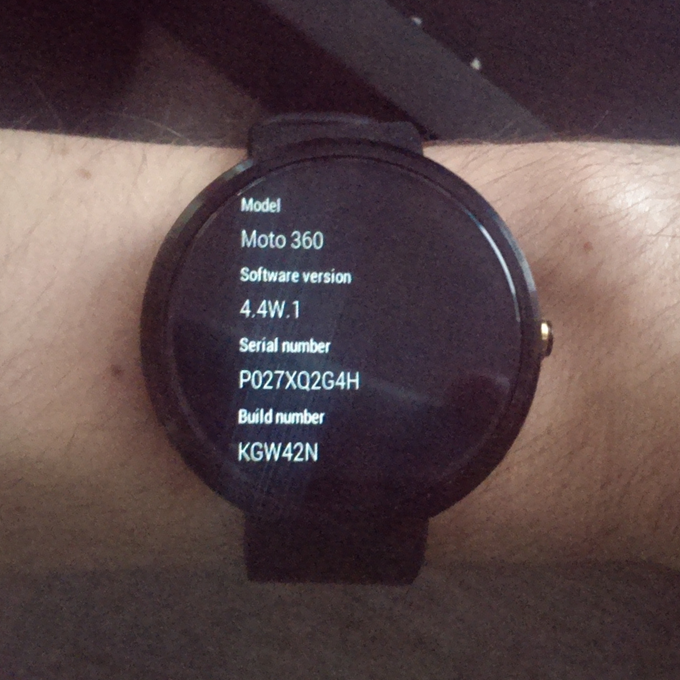 Thanks to reader Justin for the tip and the photo! 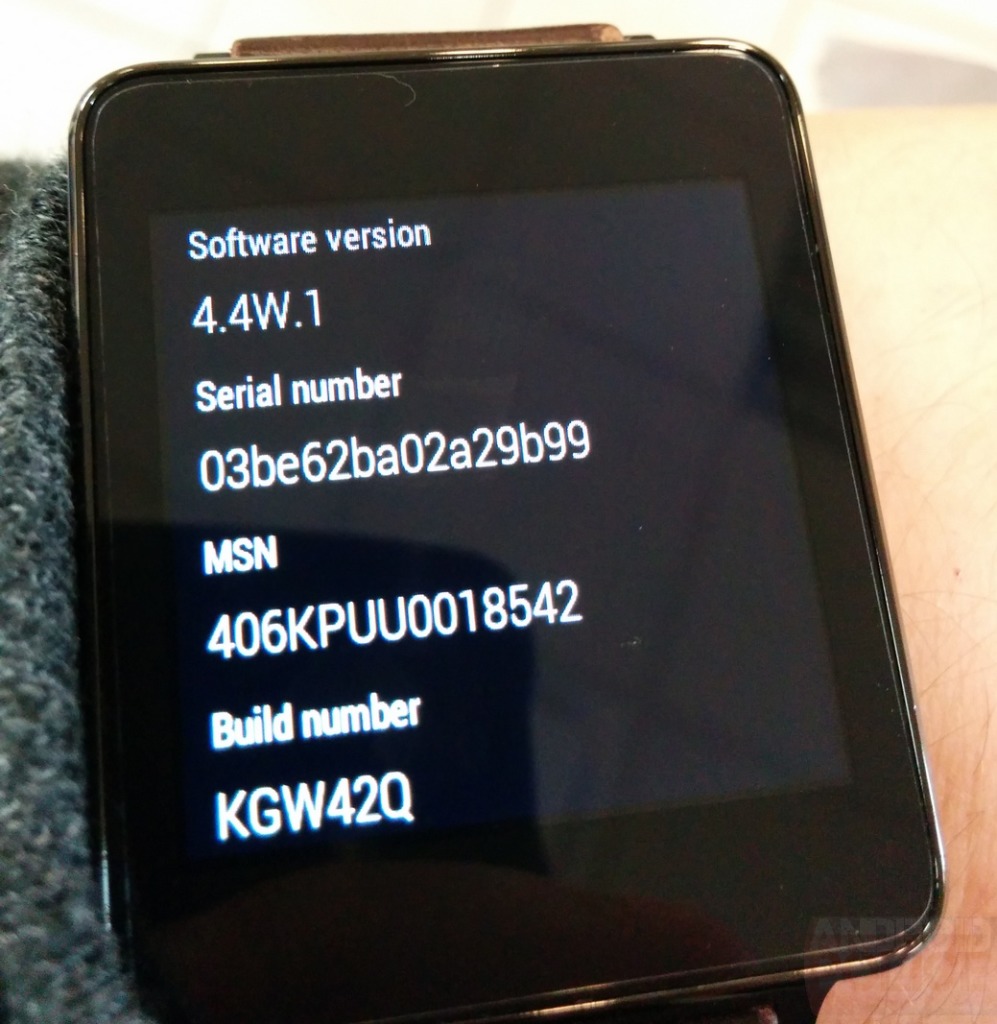 Google representatives promised a notable update to the Android Wear platform this week, and it looks like Samsung's only non-Tizen watch is first in line. The Gear Live is currently receiving an over-the-air update to Android Wear version 4.4W.1, which includes some much-needed adjustments to the watch interface for Google Maps Navigation and the built-in alarm function.

LG responded to concerns over corrosion of the G Watch charging pins by making a few tweaks with the KMV78Y update. Now the same build is rolling out to the Samsung Gear live, which as far as I'm aware, doesn't have the same charging pin issues. How curious. 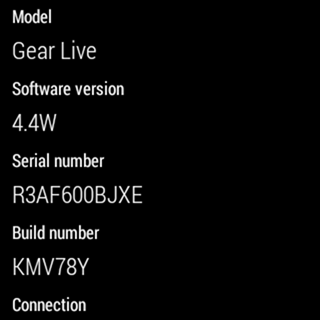