Samsung is the biggest Android OEM on the planet by a wide margin. The South Korean company even manages to outsell Apple in the smartphone market on occasion, and it has all of us to thank for it. It has also traditionally made some of the best Android-based tablets you can buy. The first Nexus 7 from Asus last year showed us what a small, inexpensive tablet could be, and Samsung released a few competent alternatives to compete with it.

If you're in the market for a tablet and don't fancy the Nexus line, Samsung is now asking for your money. The new Galaxy Tab 3 devices are for sale in the US. These devices come in 7, 8, and 10.1-inch versions. The pricing is a bit on the high side, but this is what the Korean mobile giant is doing, for better or worse. 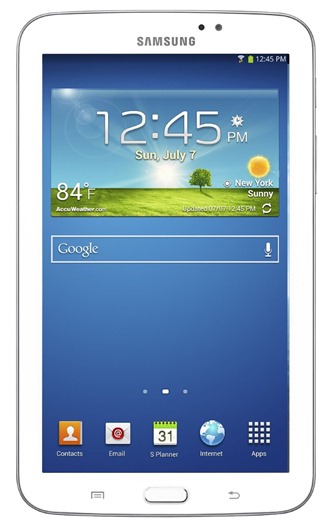 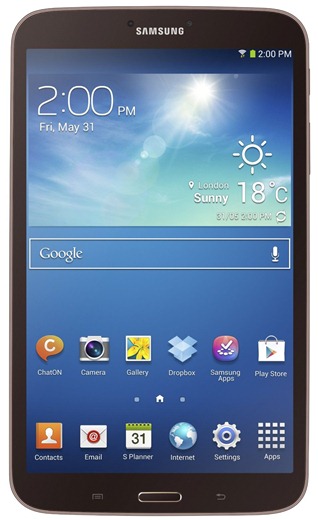 Samsung's third iteration of the Galaxy Tab series of tablets isn't exactly mind-blowing, with each entry rocking specs that rival that of the aging Nexus 7. While we're mildly offended that Samsung would stick a 1280x800 resolution on a 10.1-inch screen, that doesn't mean we're going to stop you from buying one if your heart so desires. The 7-inch, 8-inch, and 10.1-inch versions of Sammy's largely identical slates have all popped up for pre-order online and at several big box retailers.

Who's excited about Samsung's latest revisions to its Galaxy Tab line? Don't everyone rush all at once. With the rise of the 10.1-inch and 8-inch Notes, the Tab series has been pushed further and further towards the budget end of the spectrum, in features if not in actual price. But if you really do want one of Samsung's three new Tabs, they'll be headed to online and retail stores in the United States on July 7th.

Having been announced just a handful of days ago (on the third), the Galaxy Tab 3 8.0's 7.4mm chassis has just barely rolled out of the factory, but – in keeping with old habits – Samsung has already posted up the open source code for the eight-inch tab's kernel. This, by the way, comes just over two weeks after kernel source code for the Tab 3 7.0 dropped.

We knew it was coming. After the rather disappointing reveal of the 7-inch Galaxy Tab 3, Samsung unveiled two new models today. The 8-inch Tab 3 bears a striking resemblance to the Galaxy Note 8, while the 10.1-inch version extends the design language first introduced in the Galaxy S III smartphone to the 10.1-inch form factor... buttons and all. Both models are mild refreshes of older Tab variants (though the 8-inch Galaxy Tab 3 could bee seen as a mix of the 8.9 and 7.7).

It's that time again: the software engineers at Samsung are on an open-source bender, and they won't stop until every last Galaxy phone has been served. Today Samsung posted kernel files for some big (as in widely-used) devices, and some not-so-big (but still actually pretty big) devices. Verizon's version of the Galaxy S4, the vanilla Galaxy Tab 3 7.0, the Galaxy Mega 5.8 Duos, and the GSM version of the Galaxy Mega 6.3 all have kernel source code posted at Samsung's open source repository.

Those of you who didn't appreciate the divisive smartphone style of the Galaxy Note 8.0 might want to avert your eyes right about now. The South Korean company pulled the wraps off of the first entry in the fourth generation of its Galaxy Tab series today, and there's no denying that the 7-inch tablet looks like a gigantic smartphone. The Galaxy Tab 3 will be available worldwide in May in a WiFi version with a 3G variant following in June, though specific markets were not mentioned.