The design of Samsung's system UI hasn't changed much in the last few years, except when it comes to cosmetic things like icons and colors. There's a whole theme store that can alter that stuff. In the Galaxy Apps store, there's a new app called Good Lock that goes further by enabling an "advanced system UI" on the Galaxy S7. It's really bonkers. The Samsung Galaxy S7 has the best mobile camera according to image and video quality testing firm DxO Labs, with an overall score of 88 points out of 100. It received a 90 in exposure and contrast, an 83 in color, a 94 in autofocus, 91 in texture, 89 in noise, 79 in artifacts, and 86 in flash. This all sounds very official. And we see DxO scores increasingly cited and posted as news around the internet because of that absolute, highly-comparable set of values they provide (Android Police has posted such stories - you'll get no argument from me). We did not, however, post an item about DxO's leaderboard-topping score for the S7. Hey there everyone! My name is Mark. You might have seen me floating around here lately, so I wanted to take a minute to introduce myself. I make videos! I hope you like videos. If you’ve never seen any of my other content, go give it a look. I think you’ll find that we’ll get along just fine as long as we’re all nice to each other.

I’m a big gamer. I’ve been streaming a ton of Overwatch on Twitch. I’ve been playing The Division, Fallout, and replaying Final Fantasy X in HD with my wife at the moment, too. The problem manifests quite noticeably. If you have an S7 edge, open the camera app and hold the phone with both hands in landscape mode, with your fingers grasping the corners of the display. Can you reliably get the shutter to detect your input every single time you press it? Samsung's newest Galaxy phones are arguably the company's best yet, and the Galaxy S7 Edge is the cream of the crop. Its powerful Qualcomm Snapdragon 820 processor and 4GB of RAM ensure that users are never left wanting, the vibrant 5.5-inch Quad HD Edge display features some of the best display tech on the market today, and expandable storage allows users to store as much data as they want on their mobile. Pair that with Android Marshmallow, wireless charging, and IP68 water resistance, and you have one of the best smartphones on the planet. 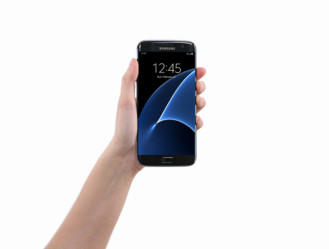 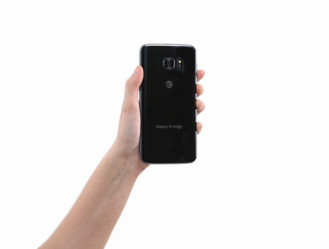 If you've been considering the S7 Edge for your daily driver, AT&T has a solid deal going right now: zero dollars down and free shipping.