T-Mobile is now solidly in third place among US carriers, having finally passed Sprint. It got there by offering consumer-friendly services and low prices, and today we've got a lot more of the latter. T-Mobile is running sales on several great devices like the Galaxy S6 and G4.

Thanks to those curved sides, the Samsung Galaxy S6 Edge is a premium phone, and the handset comes with a price tag to match. If you want to get one from AT&T, you're looking at paying over $900. Fortunately, if you don't mind refurbished units, you can currently order one on eBay for $550.

While you may not be getting a brand new device, you still have your choice of colors. The seller is offering these things in black and white. Shipping is free, but devices will only go out to certain parts of the world. The US and Canada are covered, as is much of Europe along with Australia and New Zealand. The Galaxy S6 Edge may be the prettiest and most futuristic device ever made by Samsung. The two things that really set it apart from the normal S6 are the sexy curved screen on the front, and the sizeable price bump of $100 or more.

Today though, you can pick up the S6 Edge for considerably less than a standard S6. Ebay has the unlocked AT&T version of the S6 Edge on sale for the lowest ever price of $599, a full $70 less than the last time we posted about it. Cheaper and sexier? Nice.

Being unlocked, this device will work just fine on AT&T and T-Mobile as well as many other GSM carriers. The Samsung Galaxy S6 Edge isn't different from the regular S6 on the inside, but the outside is another story. The phone tapers down on both sides to form something that's arguably prettier and harder to hold. Either way, it comes at a higher cost. T-Mobile sells the phone for $780. AT&T wants $815.

Fortunately, you can currently snag one on eBay for $670. That undercuts T-Mobile's price by $110.

The units on sale come with 32GB of storage. They're unlocked, and folks in the States can use them on either AT&T or T-Mobile. Colors offered include black, white, and green.

Last week, there was a kerfuffle online about a couple of themes developed by an XDA member for the Galaxy S6 and S6 Edge that aimed to bring a more authentic Material look to Samsung's devices. Said themes were approved then suspended by the company, supposedly because of copyright infringements over the wallpaper and icons, but the developer fixed those issues and has resubmitted them. 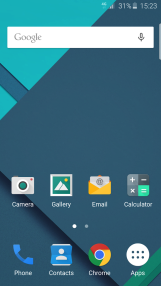 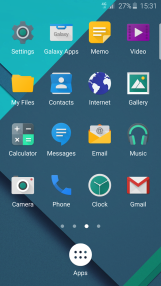 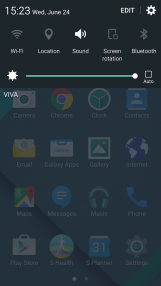 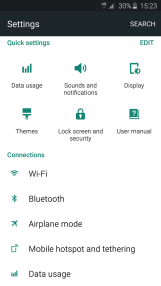 In the meantime, another Material theme was approved and went live today in the Galaxy S6 and S6 Edge's Theme Store.

Samsung's promotion website has a new deal today that might tempt you to finally pull the trigger on that Galaxy S6 you've had your eye on. If you buy the 64GB Galaxy S6 or S6 Edge, Samsung will basically cover the difference between that and the 32GB with a $100 rebate. Samsung calls this the "Ultimate Upgrade." You have until the end of the day on July 5th to make your purchase. 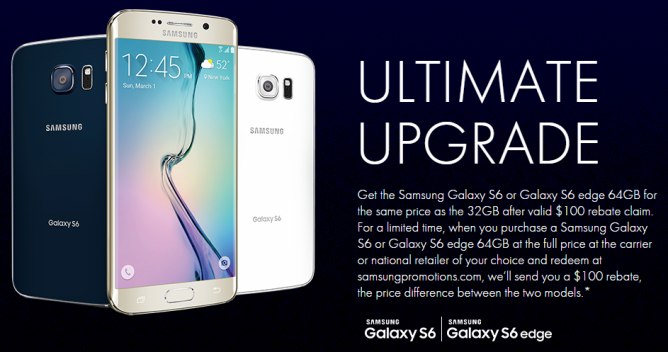