There are certain things you have to expect when buying a phone on AT&T. For example, updates are going to take longer than other carriers (even Verizon as of late), and that's even more true when the device is a bespoke piece of hardware for the carrier. The Samsung Galaxy S6 Active is such a device, made exclusively for AT&T. It has just now received the Android Marshmallow (6.0.1) update, which includes WiFi calling. If you often find yourself asking "yeah, but what if it didn't have an app drawer?" in regard to your Galaxy phone, good news: Samsung is testing a very big TouchWiz redesign that eliminates makes it optional... in China and Korea. Sorry, I know that was kind of a tease. But Samsung is testing something called "New Note UX" (I WONDER WHAT THAT REFERS TO) on the Galaxy Note 5 as part of its new Galaxy Beta Program. It looks different-y. As part of YouTube's "Awesome Stuff Week," the Unbox Therapy channel decided to see if a Galaxy S6 Active could stand up to the punishing job of being a hockey puck stand-in.

Some of you abuse your phones. You know who you are. You're the folks who are willing to fundamentally change the look, feel, and size of your phone by cramming it into an OtterBox case. A number of you have what few would dispute as a legitimate reason (you work in construction, work as a crash test dummy's stunt double—that sort of thing), while others just feel clumsy enough that their phones can't possibly survive the number of times they will fall against carpet and concrete. Either way, you're the type of person who may want to pick up a Galaxy S6 Active, which is now available from AT&T.

Well, this looks familiar. AT&T has finally acknowledged that the Galaxy S6 Active is a thing, and it's going to be selling it very soon. The GS6 Active does indeed look like the previously leaked images with the camo pattern on the back and physical buttons on the bottom. It looks like a bit of a cross between a Galaxy S5 and S6. 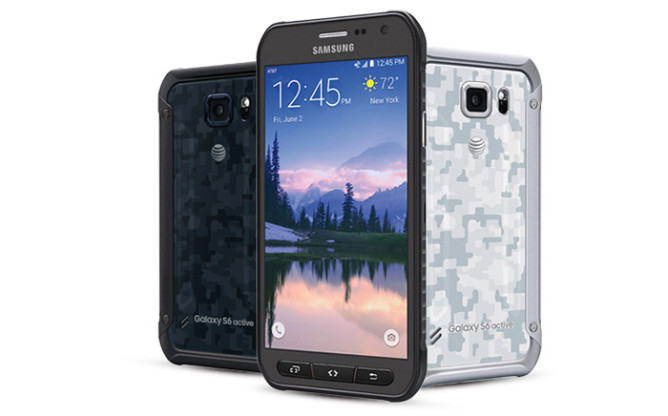