Verizon's version of the Galaxy S III Mini (you know, the one with the defaced home button) is slated to receive a minor over-the-air update in the coming days, bringing along software version G730VVRUANA4. The update is indeed fairly unremarkable, updating some of that lovely Verizon bloat, removing a "never time out" feature from Bluetooth settings, adding photos to incoming calls on call waiting, and something about "enhanced device security" (probably Android security patches).

Samsung has been very cautious in rolling out its KitKat update thus far, with even most Galaxy S4 owners still waiting around on Jelly Bean. This doesn't even take into account all the millions of other Galaxy smartphones and tablets that often take a backseat to the company's flagship. Yet Samsung has now provided a list of all the devices it intends to bump up to Android 4.4.2 before it's all said and done.

The "Mini" portion of Samsung's lineup is squarely aimed at the budget market. It's strange, then, to see two new phones that are (at least in some respects) a generation apart launch on the same carrier on the same day. Verizon has done just that: the Galaxy S III Mini is now available starting at $49.99 ($249.99 without a contract) and the Galaxy S4 Mini is $99.99 (a full $399.99 contract-free).

Those of you looking for a cheap, small phone running Android will have one more option on AT&T starting later this month. The company issued a press release this morning finally announcing the release date for the Samsung Galaxy S III Mini. That's Samsung's cheaper, smaller version of the GSIII which actually has very little in common with the GSIII in terms of hardware. It will launch on AT&T on September 27th for $.99 on a two-year contract.

American carriers sometimes get phones later than the rest of the world. Lately the situation has been improving, especially with big-name devices and a few exclusives. But when we see evidence of an upcoming low-end phone that's almost a year old, and one that's been supplanted by a new version, we can't help but sigh. So it is with the Galaxy S III Mini, which was just pegged by Evleaks for an AT&T release.

The latest in T-Mobile's increasingly confusing line of rebranded Samsung phones is now available: the Galaxy Exhibit, previously spotted in multiple leaks, including a predicted release date for today. The Exhibit is a slightly modified version of the international Galaxy S III Mini, sporting a somber teal-on-grey paint job, but otherwise keeping its 4-inch chassis and low-end specs. The phone can be had for just twenty bucks down on T-Mobile's installment plan, or a reasonable $235.99 if you'd rather buy it outright.

If it ain't broke, don't fix it. That seems to be the attitude that T-Mobile is taking with its domestic variations of budget-friendly Samsung smartphones. The Galaxy S III Mini (which has its own misnomer issues) is headed to T-Mobile as the Samsung Galaxy Exhibit, according to UnwiredView. The only difference from the international version appears to be an admittedly snazzy grey and teal trim makeover. 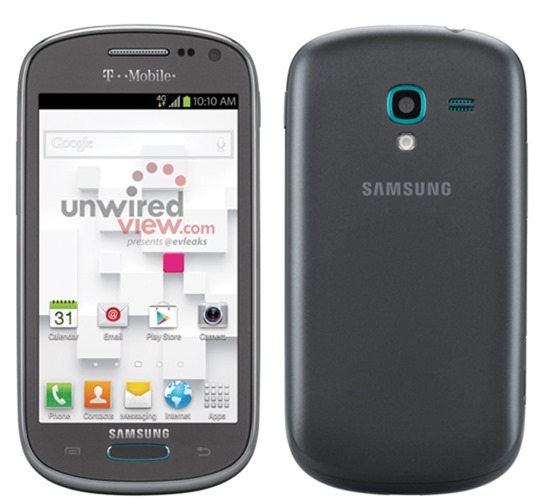 If you'll recall, this is far from T-Mobile's first Exhibit. 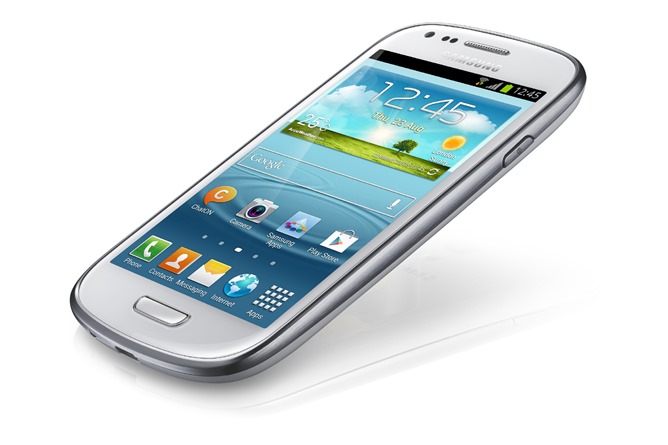 If you're wondering why the GSIII Mini needs separate code from the standard Galaxy S III, remember that it's actually quite a different beast under the hood.