It isn't often that we issue a Deal Alert for a phone that still costs more than $500 after a discount, but thanks to AT&T's somewhat inflated pricing, this one qualifies. The carrier-branded version of the Samsung Galaxy Note 4 flagship is being sold on eBay for $659.99 today. That's a bit more than $160 off of AT&T's off-contract price for the phone, and still $50 cheaper than the international version of the Note 4 on Amazon.

You can buy a Gear VR in the US now, but you need a Galaxy Note 4 to get any use out of the device. While the headset comes with extra sensors, much of the computing power takes place on the smartphone side of things. An update is now rolling out to the Sprint and Verizon versions of the Note 4 that get things ready to go.

On December 2, 2014, AT&T and Samsung released a software update for the Samsung Galaxy Note 4. This software update bring HD Voice capabilities, as well as additional application preloads, and improvements. The size of the update file is 184MB, and is available for download via Wi-Fi only.

AT&T's version of the Galaxy Note 4 is receiving a substantial over-the-air update to a new build (AUCU1BNK3) today, though we don't know much about what the 233.7MB package does.

Today T-Mobile has started to push out minor over-the-air updates to a number of Samsung Galaxy devices. Two of them are identical—the S5 and Note are both receiving Chinese language support. The former goes to version G900TUVU1CNK2, while the latter ends up at N910TUVU1ANK4.

Shortly after the release of Samsung's Galaxy Note 4, owners were dismayed to learn their new phone was unable to mirror its screen to a Chromecast. No other Google Cast apps were affected, but plenty of people still wanted screen casting. Well, it took about a month, but this oversight has finally been remedied. The Note 4 has been officially added to Google's list of devices with support for screen casting.

Apparently, Samsung found a way to virtually eliminate the audio-in latency issue that has plagued Android since the dawn of time – an issue that iOS never had.

To get any serious modding done with an Android device, you need a custom recovery like TWRP. It's sort of a rite of passage for every new phone to get its own official build of TWRP, and today is the Note 4's big day. TWRP is now available for this device, but not for all variants just yet. 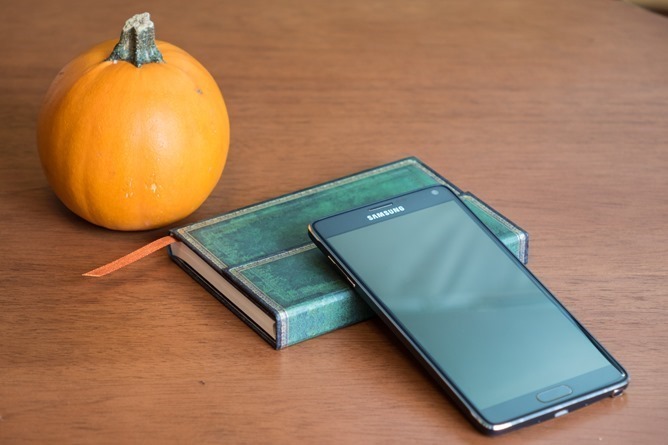 When the Galaxy Note 3 was released one year ago, it marked a substantial step forward not just because it was new, but was arguably the big generational "tock" in Samsung's handset lifecycle. It had a brand-new bright, vivid (even accurate, in the right mode) 1080p Super AMOLED display, more modern design language that later influenced the Galaxy S5, excellent LTE support, a Snapdragon 800 (remember, the S4 had the lowly 600), an up-to-date 13MP camera, and launched with Android 4.3, which had been announced just around two months prior (even if KitKat did launch four weeks later on the Nexus 5).