What an absolutely insane week it has been for unlocking encrypted and signed hardware!

Update: How disappointing - nenolod turned out to be a fraud, and the whole thing was a hoax. It seemed too good to be true, and it was.

First, the Thunderbolt, which turned out to be HTC's most closed off device ever, was cracked wide open by team AndIRC within days after release, including our own Justin Case (jcase), Jamezelle, scotty2, and others.

The MIUI ROM is definitely one of those things you'll either love or hate, but judging by the waves the arrival of the latest version of the mod has been causing, the community (or at least most of it) is of the former opinion. And rightly so, if you ask me - the ROM is now even faster, features user-creatable (and downloadable) themes, and pinch-to-zoom on homescreens, among many other additions.

Considering the fact that the original Motorola Milestone was launched almost a year ago alongside the original Droid, it may seem a bit ridiculous that the device has just now landed in Alltel's measly lineup of Android phones (the only other option is the HTC Hero). Again, that's the original Milestone, not its recently announced successor, which closely mimics the Droid 2, nor a version that, if nothing else, includes a processor upgrade or at least a camera upgrade of some sort, but the original, unmodified, device.

According to Android Spin, an Android blog which just got done loading the HTC Desire HD ROM (a very similar ROM will also run on the Desire Z) on an HD2, this new ROM will contain several new features such as the previously announced HTCSense.com

Read More
This article mentions flashing of custom ROMs. If you’re unfamiliar with this term, hit up our primer here:

CyanogenMod 6, a very popular custom Froyo ROM for a whole slew of Android phones, has given thousands of Android users something device manufacturers tried to take away - absolute freedom in customizing your Android experience. One glaring omission from the bunch is the Motorola Milestone, which Motorola decided to lock down way harder than its US counterpart, the original Droid.

We've pinged our contact at Adobe for clarification, but this could be some fantastic irony: Adobe has raised the minimum requirements for Flash. Specifically, the minimum CPU requirement for mobile devices with WVGA resolutions has been bumped up to a Cortex A8 running at 800 MHz. With its 550 MHz CPU, the Droid/Milestone no longer meets the minimum.

We're not sure yet if this is retroactive - in other words, will the Droid receive an update that removes Flash support?

It was only a matter of time, right? Just as with the original Droid, Motorola has been quick to create a GSM version of the Droid 2 for all of our non-American friends (hello, John Thompson) that appears to be identical to its Verizon-bound cousin.

That's right: the Motorola Milestone 2 has just been announced, along with Android 2.2 FroYo, an enhanced MotoBlur skin, a 5MP camera, 8GB of onboard storage as well as an 8GB microSD card, a 1GHz OMAP SOC processor, 512MB of RAM, and 720p HD video recording (one of the Droid 2's major omissions).

Looks like those of you on the regional carrier Cellular South can finally join the Droid fray... with a phone that’s a year old. On the plus side, it was (is?) an incredibly popular phone, and for good reason. On the downside, the device is now fairly outdated and overpriced. A reminder of the specs: 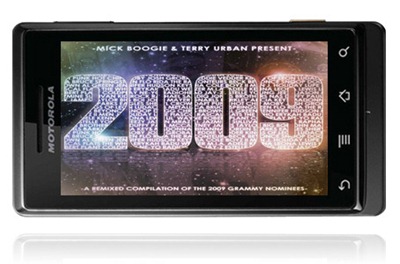 All in all, certainly not a poorly equipped phone in general, but compared to high-end Android phones that have come out recently, it’s a bit lacking.

The official German O2 Twitter account posted a tweet this weekend that the Motorola Milestone (better known as the Verizon Droid to us Yanks) will be getting Android 2.2 in mid-late September of this year. Also contained in the announcement was news that the HTC Desire will be receiving FroYo in mid-to-late August,  and the Galaxy S in mid-September while the Flipout and X10 are still TBD. It’s great to see these phones receiving prompt updates to the latest OS version after the slower rollouts of some of the previous updates (We’re looking at you Eclair).