The Motorola Atrix has been making some serious waves as of late - first, we saw a Gingerbread test build that had an unlockable bootloader, and now the crew over at Android and Me have gotten a hold of some exclusive images showing the Atrix running Android 2.3.4 with the latest version of Gingerblur. Before I continue, have a look: 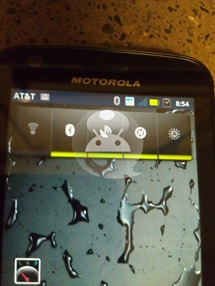 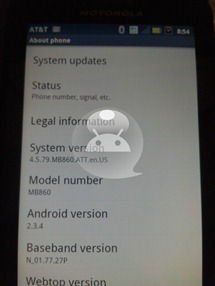 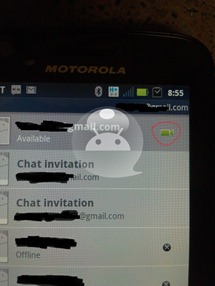 If these images are to be believed, then the Motorola Atrix is back in the game in a big way.

If you've been considering a new phone purchase lately, then this weekend is probably the best time to pick a new handset, as Amazon Wireless is dropping prices like crazy. Check out some of the deals that you can get: 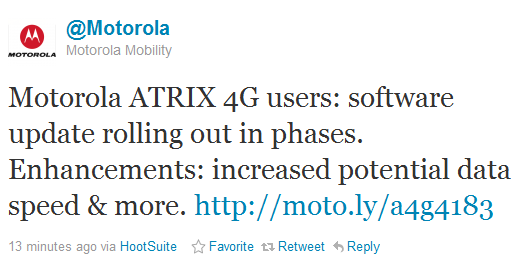 ATRIX 4G users rejoice - HSUPA will soon be here, and without any sort of hacky flashing requiring root access. The official Motorola update page for the ATRIX 4G's latest OTA, 4.1.83, has appeared on Motorola's website today. Here's the change log "highlights" according to Moto:

Data Speed
Increased speed at which data can travel on the network.

Each Motorola ATRIX owner has seen their fair share of ups and downs, the biggest down of all perhaps being the lack of up(load speeds), as the ATRIX 4G doesn't have HSUPA support out of the box. AT&T has promised a fix for this and we've even seen phantom updates arise to fix the issue. As always, though, when carriers and manufacturers fail us, who do we look to? XDA, of course!

nate2569, a user over at the XDA forums, received not one, but two mysterious updates on his ATRIX yesterday evening. The first one was a software update to bring the system up to version 1.75 and there was some initial confusion, so nate2569 uploaded a picture displaying some of the "About Phone" contents for proof.

A few days ago we reported that Motorola may be working on their own OS due to frustrations with Android fragmentation, lack of Google support, and most importantly, difficulty in developing a standout device in an Android-saturated market.

In an attempt to clarify this, Motorola spokeswoman Kira Golin told PCMag.com that "Motorola Mobility is dedicated to Android." But, in an almost condescending manner, she went on to say, "That's our statement, and I can't control how you interpret or print it."