The G3 is LG's current flagship phone, but Sprint is pushing out an over-the-air update that shows some love to 2013's model, the G2, instead. This special delivery will bring in a number of general enhancements that some users may be happy to see. HD Voice is seeing improvements, and there are some LTE-related changes as well. These are joined by a security patch fixing something that's unspecified in the change log.

AT&T is rolling out a minor over-the-air firmware update to its version of the LG G2. The change log is pretty vague with this one, and most of the changes won't be anything people particularly notice. There's a security patch, which is generally something to be thankful for (though rooted users may disagree). There's an APN update, and the included music player app has seen some attention as well. The change log closes with "G Watch compatibility," something devices running Android 4.3 or higher should already have.

If you need a good unlocked phone on the cheap, you might be tempted to pick up a Moto G or a Nexus 5, but this deal on the LG G2 is something to consider. This device is unlocked with US GSM/LTE bands and 32GB of internal storage for just $240.

One of the features LG pushed hard with the announcement of the G3 was its Knock Code screen locking feature. While the device is asleep, you can tap on the screen in predefined locations to wake it and unlock instantly. Knock Code actually debuted on the G Pro 2, but now Sprint's G2 is getting it as well. 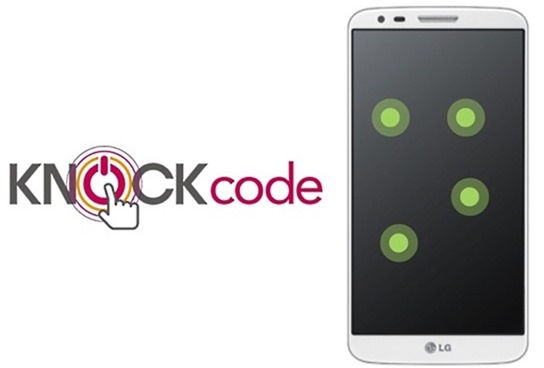 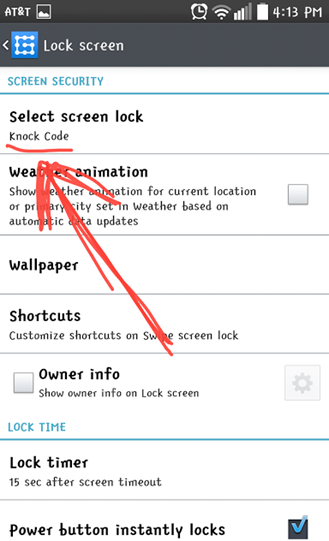 Verizon takes its time getting updates out to devices, but today is finally the big day for owners of the LG G2 on Big Red. The OTA (version VS98024A) has started rolling out to devices, but don't get too excited just yet – Verizon is pushing the update in phases.

Sprint LG G2 owners may not have too much longer to wait for Android 4.4.2 to arrive. Sprint has posted details on an upcoming OTA update, which should roll out in stages starting today. The version is ZVB, and it contains little aside from all the delicious goodies that come with KitKat. To clarify, the developers have also packed in a fix for an audio issue with the pre-installed NextRadio app.

Easily the coolest part of LG's custom Android skin is KnockOn, a feature introduced with the G2 that allows users to knock on a sleeping phone to wake it up. Knock Code, a pattern-based alternative with a bit more security, was introduced with the G Pro 2 and other phones at Mobile World Congress. According to a new press release, LG will make good on its promise to expand this feature to other phones, starting with the G2 and G Flex in April.

After showing up as a humongous ROM, the T-Mobile LG G2's Android 4.4.2 update is making its way to devices as a regular OTA. Well, it's probably getting the update. T-Mobile's support page is a little fuzzy on the details, but today (March 3rd) is listed as the start date for the software's availability. 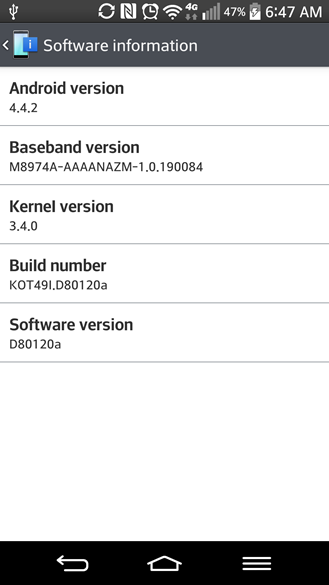