Among the newly unlockable devices are the original Desire, the Desire HD, Wildfire, and Wildfire S. To get started, just head over to HTC's Bootloader Unlock page.

We've been waiting all day for a new project called Revolutionary from AlphaRev and Unrevoked to go live, and that moment is now upon is. This new tool allows S-Off and NAND write access to a whole slew of modern HTC phones, including some devices that have yet to receive a permanent unlock solution:

The most notable of the bunch is the EVO 3D and the Sensation -- two devices that were previously without a permanent root solution (only perma-temp).

Ever since the beginning of June, we've been teased by and patiently waiting for the mysterious AlphaRevX unlocker page that promised to completely unlock (S-OFF) the latest HTC Wildfire and even Incredible S, making root, custom ROMs, ClockworkMod recovery all possible. 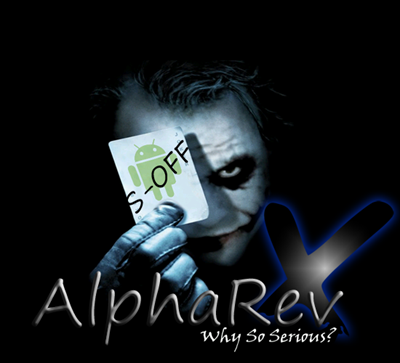 After a period of private beta testing, the wraps have come off an hour ago, and the first public release of AlphaRevX is now available for download (see instructions below) for the following devices:

Incredible 2 and Desire S are not supported at the moment, though I suspect they use a similar protection scheme and will also be cracked shortly.

While RC4 doesn't contain any ground-breaking new features, it does bring a number of bug fixes - for example, hardware acceleration has been added to the Nook Color, and EGL has seen a big fix. It isn't perfect yet - kmobs notes that there may be some "lingering GPS issues on the EVO and the N1 call audio bug hasn't been fully fixed" - but it's still worth the update.

Starting this week, HTC will be rolling out Froyo to European Wildfire variants, with the rest of the world following sometime between now and February 2011. Better late than never, I suppose, although by then, we could be seeing Honeycomb and forgetting all about Froyo, let alone Gingerbread.

Good news for what's likely to be a whole crapton of users: CyanogenMod, Android's most popular ROM, will be coming to a handful of new devices with CM6.1. Namely:

There will also be support for a few new devices- Acer Liquid, HTC Wildfire and Samsung Vibrant. My eye is also on the new HTC phones that are about to get released like the G2.

It looks like their doors are still open to new devs and currently unsupported devices, as well - to quote Cyanogen once more:

A lot of people ask me about adding support for their phone, but we can only support phones that we actually own.

It may have taken a little longer than other HTC phones, but the Wildfire has finally been rooted… in a way. This method doesn’t unlock NAND on the phone (which means you can't remove stock apps or install custom ROMs), but it does allow running applications that require root (here are 8 great root-only applications if you need inspiration).

XDA user MartinEve, who accomplished the soft root, is already in talks with the developers of unrEVOked to make a more permanent solution, but until then, you can follow the instructions below to root your Wildfire (to find the most up-to-date instructions, hit the source link).

Two days ago, HTC told the world that they were bringing HTC-branded phones to China. Today, word from HTC is that the phones sold in China will ship with FroYo (2.2) – and with Sense to boot. Pretty interesting that the Wildfire and Desire will both be shipping with FroYo, while the rest of the world won’t get the update until “before Christmas.” Bastards.