The low-cost Sprint MVNO FreedomPop just launched its freemium phone service last month, but now it's expanding phone selection by letting users bring their own handsets. However, that doesn't mean you can take just any Sprint device over the FreedomPop and kiss your bill goodbye – there are some restrictions. 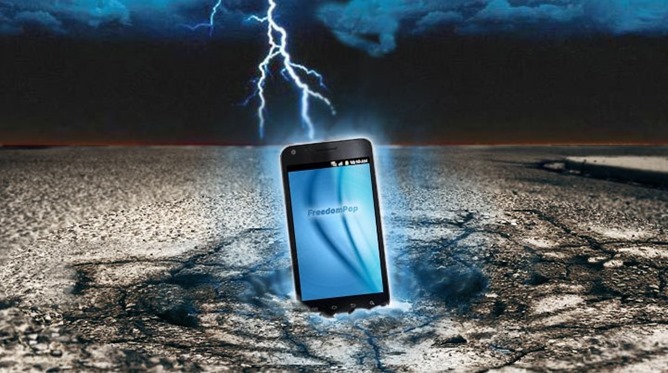 While it's been nearly a year since Sprint last issued an OTA update to the EVO 4G, it looks like the Now Network isn't quite content to let the first EVO die just yet. A small patch incorporating security fixes was announced over at the Sprint Community forum today, bringing the EVO to version 5.07.651.6.

While this may not be the world's most anticipated update, it's definitely a noteworthy one. It's one of the first times we've seen an Android phone get an official update after over two years on the market, at least in the US.

A small OTA update started rolling out the HTC EVO 4G on Sprint this morning that brings but one enhancement to the device: the Sprint Connections Optimizer. Never heard of it? It's actually pretty neat.

It's basically a location-aware service that can enable/disable Wi-Fi and WiMax based on user defined variables (much like Tasker or Locale). For example, it can automatically turn on Wi-Fi when it knows you're at home or the office.

Koushik Dutta, the mastermind behind ClockworkMod recoveries and other goodies, has been hard at work today after releasing the initial beta versions of the new Touch iteration of CWM for the Nexuses. "What was he doing?" you may ask. Adding support for more devices, one by one. They are, as of this moment:

This article deals with a couple of advanced topics.
Read More
0

The EVO View 4G will be joined by a few other random devices, including the Blackberry Playbook and the phone that will not die - the EVO 4G.

These results are not pretty. In fact, they expose such ridiculously frivolous doings, which HTC has no one else to blame but itself, that the data-leaking Skype vulnerability Justin found earlier this year pales in comparison.

It's a bittersweet feeling when one of the most revolutionary devices to hit the market ends up on a carrier's EOL (End of Life) list. While it's generally realized that the device itself is old hat, its retirement indicates that newer, better, and more powerful devices are upon us.

This is the case for one of Android's most celebrated success stories: the HTC EVO 4G. According an internal Sprint document obtained by SprintFeed, the white variant of the EVO 4G will meet its demise at the end of this week, while the black one will hang on for just a while longer -- at least until the first part of October.

Last night, I sent out a message from our social accounts praising the Epic 4G Touch's boot times. They amazed me as soon as I turned this Galaxy S II Sprint variant for the first time last Friday and haven't ceased to amaze me ever since. I have loaded up all the same apps and then some compared to any of my other phones, and still - the Epic 4G Touch blazes by the competition like no other device I've seen.