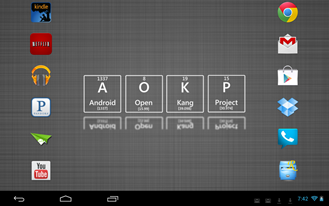 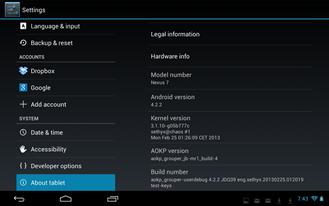 So, you want S-Off on your One X/L, or Droid DNA? Done and done. Thanks to a crafty new "hack" by jcase and beaups, S-Off can easily be yours. As always, however there are a few pre-requisites, as well as some caveats to be aware of.

Firstly, you must have working adb and fastboot. If you don't know what that is, a quick Google search can answer it, and tell you how to get it.

If you're sporting one of HTC's 2012 flagship models – the One XL (evita), One S (ville), or EVO LTE (jewel) – then your day just got a little bit better. The first CM 10.1 nightlies just landed on get.cm for all three devices. This, of course, brings stock Android 4.2.x to the handsets.

Unfortunately, there's still no sign of 10.1 for the "original" One X (endeavoru), but if you're ready to "de-Senseify" one of the aforementioned handsets, hit the appropriate link below.

Of all the Android ROMs out there, few receive even a fraction of the love that CyanogenMod does. For users that like to flash ROMs and experiment with all Android has to offer, getting official Cyanogen support can be like Christmas morning. Today users of the HTC One XL and the old Verizon Motorola XOOM get to do a little happy dance as CyanogenMod 10.1 nightlies have become available for the XOOM, while an experimental build is up for the One XL.

Hey Rogers guys – did you think HTC forgot about you? Turns out they didn't, as the Android 4.1 update is making its way to your variant of the One X as I type this. Exciting, no? 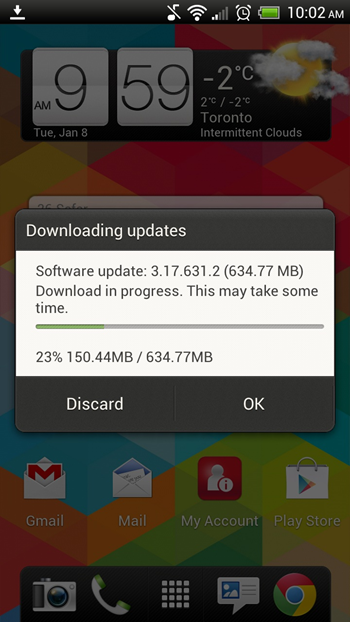 The update – which should clock in at around 635MB – brings all sorts of goodies to the flagship device, including Sense 4+, Google Now, Project Butter, and... some more stuff. Unfortunately, there's nary a changelog in sight so we can't tell you exactly what else to expect.

The rollout of Android 4.1 to the One XL has begun in various Asian countries this morning, with confirmations specifically for the CID (carrier ID) associated with Singapore and Taiwan. The full firmware for the update is also available in RUU form over on XDA (direct link). Note that applying the update will only work if you have the correct CID - this won't work on any old One XL.

Despite having been out for roughly six months, the HTC One X is still one of the best smartphones you can buy on AT&T. The design and build quality are both fantastic, Sense is tolerable, and it works on AT&T's blazing fast LTE network.

If you walk into an AT&T store right now to buy this phone, you'll be leaving $100 lighter. If, however, you want to grab this phone without spending more than a penny, Amazon Wireless can make that happen.