HTC has put a deal of effort into getting speedy updates out for the HTC One, and the Verizon version of the phone received the update at the beginning of February. Unfortunately, One Max owners have had longer to wait for the newer software, even though HTC has promised that it's on its way. Well, now we have a date. HTC's executive director of product management has now announced via Twitter that the Sense 5.5 and Android 4.4.2 update has received technical approval from Verizon.

HTC got KitKat out to the HTC One relatively quickly, doing a decent job of updating its Sense UI in the process. Now it's time to get the update out to the flagship's multiple variants. We still don't have news of an impending OTA, but HTC has now made open source kernel files for the HTC One Max available online.

HTC hasn't built up the best reputation when it comes to supporting its devices, but the company is working to change that. So far it has issued updates to the HTC One relatively quickly, getting KitKat out before Samsung. A few days ago, HTC took to Reddit to announce a new two year commitment to support new North American flagships with Android updates for two years. Now the company has made this promise official, enshrining it as part of its new HTC Advantage.

In case you haven't had the time to dig through our massive Black Friday weekend sales post, take note of the sales going on at Amazon right now. If you're in the market for a new phone, you can save some real cash up-front. 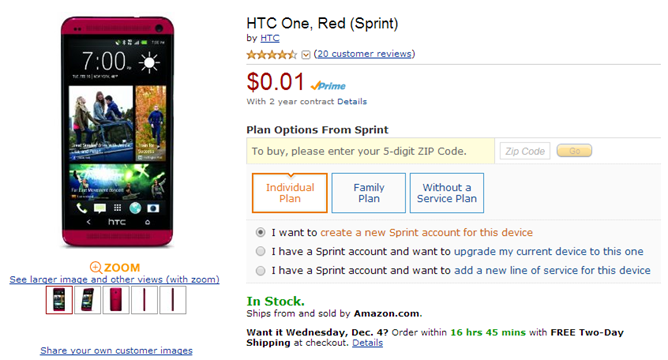 Looking to get your hands on HTC's new super-sized One? Then Wirefly is happy to offer it at a discount, at least if your preferred carrier is Sprint. Right now the service and hardware reseller is selling the HTC One Max for $129.99 for new Sprint customers and $199.99 for returning customers who re-sign their contract. Not bad for a brand-new flagship. 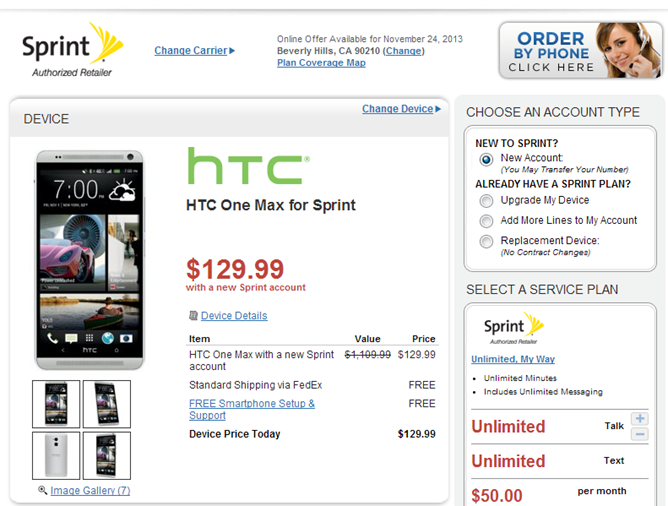 Technically new customers are getting a $120 discount off of the $250 retail contract price, but Sprint offers a $100 discount for porting your number from another service, so the effective price change is twenty bucks.

Verizon just released its variant of the HTC One Max for a cool three-hundred dollar bill this morning, but Wirefly clearly thought that was just too much, so it knocked a full 50 percent off that. Yeah, you can get the One Max for $150. Of course, that requires a new two-year agreement, but it looks like it's working for both new contracts and upgrades. That's hard to beat. 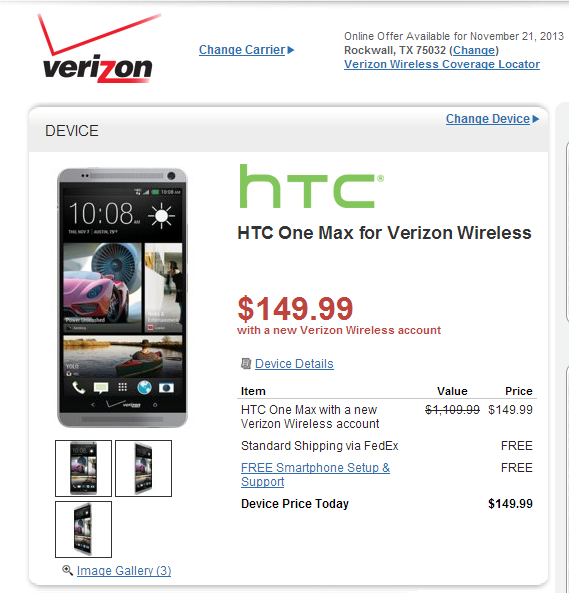 At this point, we're thinking this could be an error on someone's part, because that's a hell of a deal on a brand-spankin'-new handset, especially one like the One Max.

If you like massive phones, fingerprint scanners, HTC, and Verizon, today might just be the luckiest day of your life. Why is that, you ask? I'll tell you why! Because the massive HTC One Max is now available on Big Red. See, dreams really do come true.

But let's say you're not the huge-phone-fingerprint-scanner-HTC-Verizon-loving type. Let's say you have no idea what the One Max is. No problem, let's just clear that up right now.

Sprint wants everyone to know about its tri-band LTE network that could potentially reach speeds of 50 - 60 Mbps, so it gave it a catchy name - Sprint Spark. Once the rollout is complete, this could be the largest LTE network in the US in terms of spectrum usage. But that's the future. Right now, the network is available in only a handful of cities (Chicago, Los Angeles, Miami, New York, and Tampa), and even fewer phones are currently set to tap into it (okay, just one).

The day you've been waiting for is here, "phablet" fans... assuming you're a prospective or current Sprint customer and you haven't already bought a Galaxy Note 3. The Now Network has launched its carrier-branded version of the HTC One Max (or "One max" if you're a brand manager) and it's currently available on the official online store for $149.99. 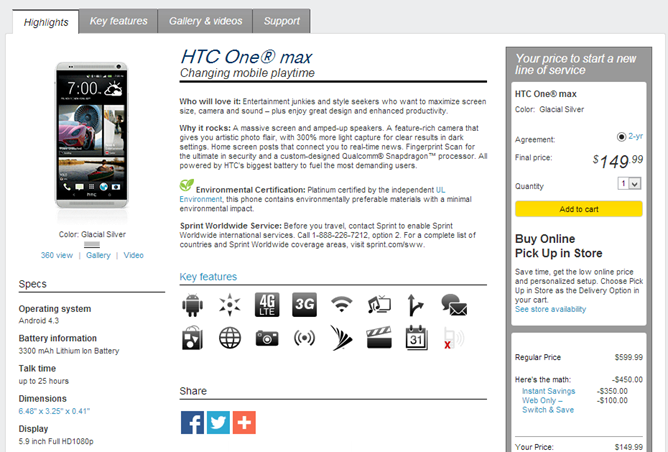 Update: Sprint has confirmed the November 15th date for the HTC One Max, as well as the $249.99 on-contract price.

If you love the HTC One but wish that it could be roughly the size of a toaster, you'll want to pay attention to the newest member of Sprint's smartphone lineup. The HTC One Max (technically "One max," but that's offending my fragile sensibilities) will be coming to the carrier this Friday, November 15th, according to this Best Buy listing.