Google is about as innovative as it gets. With the advent of the Android operating system, we knew a phone would follow...an official Google phone. It came, and it was called the Nexus One.

While it was certainly a hit, and the Android OS has taken off to new heights, the online storefront that Google created for the Nexus One was neither hit nor height.

Given that people like to use devices before they buy them, the online store was bound to fail compared to a retail launch.

It seems as though carriers that were lined up for the Nexus One are dropping like flies. First comes the news that Verizon has chosen to go forward with the HTC Incredible as opposed to Google's own branded device, and now Sprint has dropped the Nexus One too.

Michelle Leff Mermelstein, Sprint's Consumer Products spokeswoman, told Gizmodo that the reason behind the decision was the "upcoming availability of the award-winning Evo 4G," as the two devices were not so different (I had to link that!). 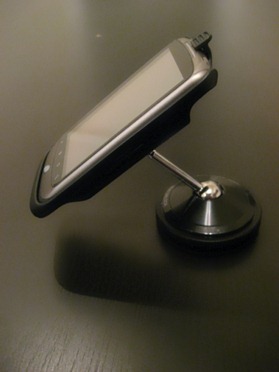 The phone will be available for free on various plans starting from £35 a month on a 24 month contract. The most interesting part of this is that consumers can purchase it directly from Vodafone either online or in store, deviating once again from Google’s plan of allowing consumers to mix and match between phones, carriers and tariffs when purchasing a device on their sales website.

If you were waiting for the Nexus One to hit Verizon anytime soon, the bad news is that you can wave goodbye to that ever happening as Google updated their phone sales website today, and the Verizon Nexus One is officially off the list.

The good news, however, is that instead of the N1, Google recommends you buy the Droid Incredible, calling it ‘a powerful Android phone and similarly feature-packed cousin of the Nexus One.’

The Nexus One became available for sale on January 5th. The Nexus One Desktop Dock accessory was on sale a little over 3 weeks later, on January 27th. Finally on April 6th, almost exactly 4 months after the release of the phone, Google has announced that the car dock is available for purchase.

We were teased with glimpses of the car dock in Google’s Nexus One video series ‘The Story’, specifically in the 5th video titled ‘Day One’ (embedded below).