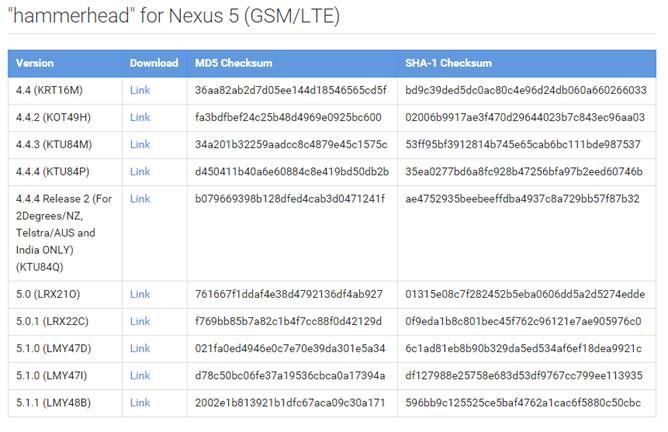 Here's a mildly interesting story discovered by one member of the CyanogenMod Reddit board. Apparently the state congress of Indiana uses a custom setup to allow its state senators and representatives to submit votes. A Nexus 7 running the CyanogenMod custom ROM is permanently attached to each congressperson's desk, connected to the building's intranet system using a custom Ethernet adaptor (to avoid problems from an overcrowded Wi-Fi connection - there are 150 senators who vote at once), and hooked into SmartVote software from Propylon.

After an early tease with the Nexus Player, it looks like Android 5.1.1 is legitimately rolling out to the Nexus family. An OTA for the Nexus 10 was spotted just a few hours ago, and now factory images and binaries have been posted for that tablet and both generations of the Nexus 7 (Wi-Fi only, for now). There haven't been any OTA reports for the two smaller tablets, but they will probably start rolling out shortly.

There are still no signs of OTAs or factory images for the seemingly ignored Nexus 9, nor any phone or tablet with a cellular radio.

Google has made Android 5.1 official and that means Nexus updates. Factory images are starting to pop up on the developer page, so you can easily get your device back to stock no matter what unspeakable things you've done to it. All the images we have so far are linked below. 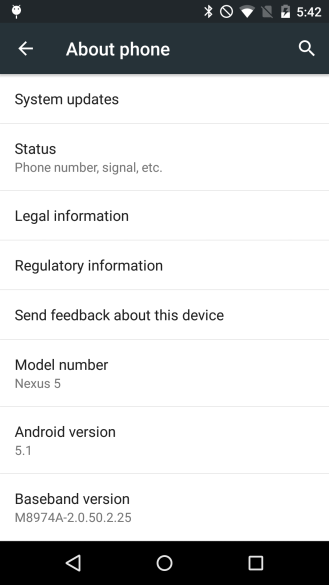 A 32GB Nexus 6 will run you $649 in the Play Store, while the larger model will set you back $699. Right now Expansys USA is offering the international variants for $20-30 off. The smaller option is marked down to $619, while the latter is priced at $679. Both sizes are available in Cloud White or Midnight Blue. 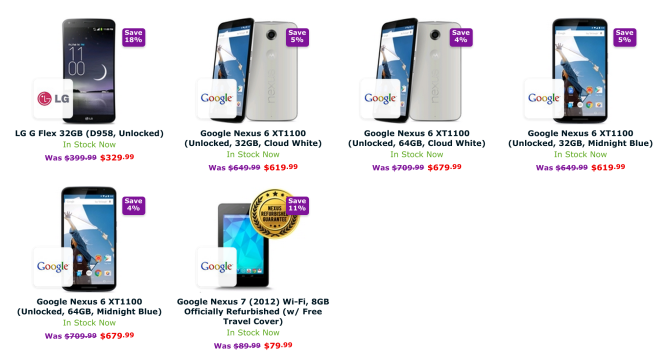 Let me repeat, these are international versions of the Nexus 6, version XT1100. The supported bands, as in which networks the phone will work on, differ between the two. Here's a detailed breakdown.

As you've probably noticed, the Nexus 6 isn't the only discounted device.

Of our many jobs here at Android Police, one is to make our readers' lives easier when we can. With that in mind, here's a roundup of every known Nexus Lollipop OTA. As new ones become available, this post will be updated accordingly.

Update: For those of you who had issues with applying the LRX21L > LRX21Q update, that was a screw up on Google's part.