Google is pushing a new monthly update to Glass owners with some pretty incredible improvements to photo captures along with a few other not as exciting things. The update follows version XE5 from May 8th and, as you might have guessed, is numbered XE6.

Here is the full changelog provided to us by the Glass team:

It was only a matter of time before the first facial recognition project for Google Glass was started. That project was announced earlier this week by Lambda Labs, and the Google Glass team has now backed away from the technology on Google+. According to the post, Google won't approve any "Glassware" utilizing facial recognition due to privacy concerns. The key word here is approve. 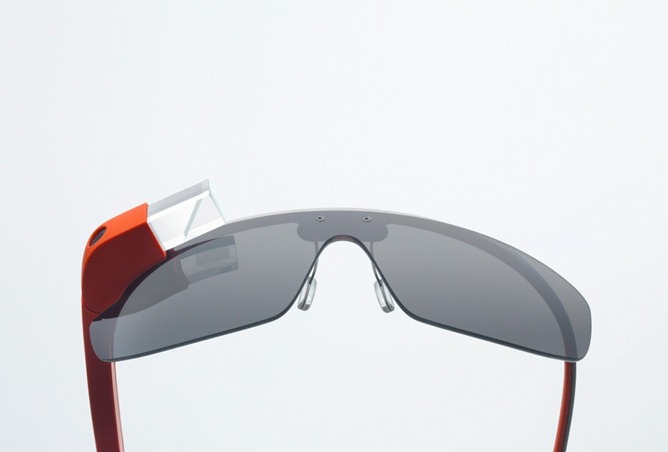 Lambda Labs, a small start-up out of San Francisco, is set to drag us kicking and screaming into the dystopian sci-fi future we all knew was coming. Okay, that might be overstating the point, but the company has announced its intention to release a facial recognition API for Google Glass this week. Should this pan out, you'll always have to wonder if that fellow wearing Google Glass remembered your name, kid's age, and occupation because he has a good memory, or because the cloud told him.

Google Glass is very much an experimental piece of hardware and it turns out the software has been built with that ethos in mind, too. With root and a few carefully-crafted ADB commands, you can enable a ton of experimental features the Google has built into the Glass software.

Over on Github, Zhuowei Zhang has posted the whole list of Glass Labs features, and how to enable them. Zhuowei isn't a Glass explorer though, so it's been up to me to be the guinea pig and actually try this stuff.

Shhhh. Listen closely. Do you hear that? It's the sound of thousands of developers and modders salivating. Though the system images for Google Glass have been available for some time (thanks in no small part to this humble establishment), Google has decided to take the guesswork out of backups and modifications for their wearable tech. The Google Developers website has a brand new Downloads section for Glass, complete with the latest factory image (XE5) and a bootloader.

Just ask our own Ron Amadeo and he'll tell you there are a myriad of reasons Google Glass isn't like other computing devices. It changes the way you interact with data and contextual information, but it's also not a true consumer product just yet. The Google Glass Explorer Edition was released with a number of caveats, including the stipulation that owners were forbidden from selling or loaning the device to someone else.

Ah, Google Glass. Though the venerable headset has a lot of potential, it has yet to become something people want to use all the time. If you're a social media addict, a news junkie, or a productivity pro, though, Google's heads-up computer just got a lot more compelling. Today at I/O, Facebook, Twitter, Tumblr, CNN, Elle, and Evernote pledged to support Glass by releasing official applications - "glassware," as Google calls them.

Man, Google Glass moves at the speed of light. This is crazy.

The Glass Team is still extraordinarily messy; any new file usually has copies in a million different locations. Basically, everything ships in every APK.

Have you tried finding a Glass system dump? It's impossible. A Google search turns up the same thing, over and over again: Me, talking about system dumps or begging for one. 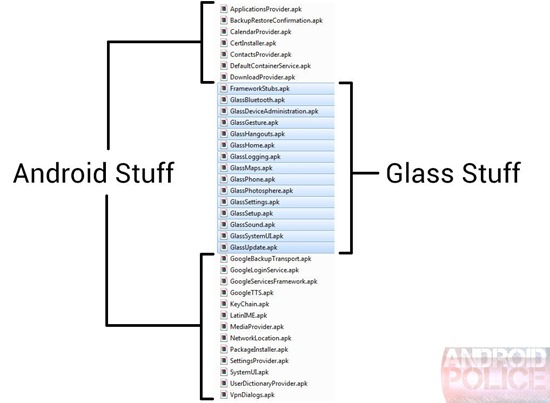 So, to rectify this great injustice of the Internet (and because people keep asking me, personally) we've decided to hit you up with the Glass system dump. The Explorer program seems to be all about hacking and experimentation, so hopefully Google adopts an open policy towards posting Glass code.

Wow. So when Glass was first making the rounds, we heard a few rumblings about a ridiculously fast update cycle; something like monthly updates. Sure enough, it seems like Google is delivering on that sort-of rumored promise: 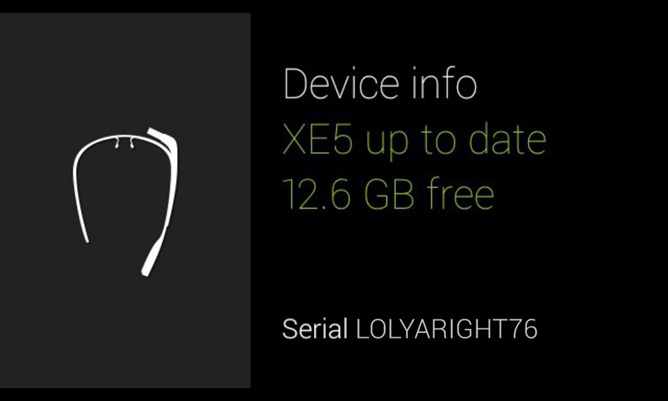 Today, less than a month after the Glass unit left Google HQ, there's a new update: Version XE5. There's no public change log, but Phandroid says they emailed Google and got back the following list: