Paul O'Brien is an Android hacker with mad skills. He's the man behind many roots, such as the Legend and the Desire, and now he has also rooted the new Dell Streak.

Rooting instructions, using a technique Paul called Superboot, have just been posted to the MoDaCo forum. Recovery images are to follow soon. I will mirror them here (current version 07/Jun r1) but you should always double check with the post to see if they were updated:

One of Dell’s worst kept secrets, the Dell Streak, has finally been officially unveiled by Dell. The phone/tablet hybrid is slated to launch in early June and will be available exclusively on the O2 mobile carrier in the UK. 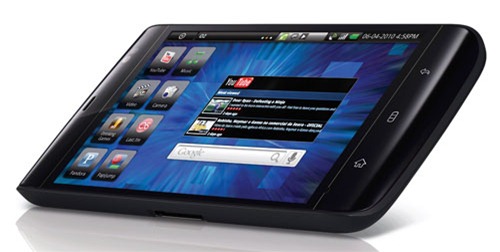 I haven’t had the chance to play with one yet, but the Dell Streak seems like it will be a bit of an awkward phone, primarily due to its massive screen. With a 5 inch screen the phone attempts to fill in the gap between full blown tablets and cellphones…a gap that I’m not sure necessarily needed to be filled.

Looks like this is the last set of Android related Dell leaks that Engadget miraculously dug up yesterday.

The first leak shines some light on the Dell Aero - Dell's upcoming budget Android phone. Previously, the only information we had about this phone was the 3.5" screen, a 5MP camera, and a June release date.

Because of the budget tag, we were now not surprised to find out that the phone would be running a 624MHz Marvell CPU, which is the same CPU the sometimes laggy Spring Design Alex eReader has inside.

In addition to the already announced Dell Streak Mini-5 - a 5" tablet device, Engadget found out from a leaked memo today that the 7" and 10" versions are going to be coming as well. Dell seems to have dropped the "Mini" part of the title for these larger versions of the Streak.

Looks like Dell has some sense after all - launching just a tiny 5" tablet would have left most consumers unsatisfied, prompting them to look for other options, such as an iPad or ICD Gemini.

We have some interesting numbers today regarding tablet sales in 2010, courtesy of IMS Research - a research company specializing in a variety of topics, such as wireless communications, automotive, consumer, power, and security.

The report suggests that 24% of all tablets sold in 2010 will be running the Android OS. Microsoft will be following way behind at only 10% of the market.

The first place will be undoubtedly occupied by Apple's iPad, which was released 2 days ago and sold an estimated 700,000 units just on day one.