The story goes a little something like this: Amazon announces the Fire for an ultra-affordable price. Everyone is happy and wants this new device, so pre-orders are through the roof.

There's no doubt that the Kindle Fire is hot commodity right now, and the device hasn't even hit shelves yet. In fact, it's still roughly six weeks away from launch. Still, pre-order sales have been absolutely staggering for Amazon, with over 250 thousand in just a few days. They're averaging around 2,000 per hour, and, if they continue coming in at that rate, this puts the Fire on track to easily top the iPad's record for first-month sales.

When we reported that Amazon was working on a number of Android devices earlier this year, shortly thereafter, reports began surfacing that the company would release two Android tablets before year's end, one 7", the other 10". The 7" device, now known as the Kindle Fire, is obviously for real.

But what about its supposed big brother? At this point, it seems almost imminent that it will be released. It also sounds very much like Amazon will unveil this bigger, better, Fiery-er device in time for Christmas in the US, and now we've got at least two reasons to think this is happening.

All I could think after reading the announcement for Amazon's Kindle Fire tablet this morning was: "this is what we've been waiting for." Because it is. Amazon gets tablets, believe it or not. And despite the flagging success of the Amazon Appstore, the company has done what no other tablet manufacturer has even come remotely close to: matching access to Apple's curated content library (iTunes + App Store) at a price nearly everyone can afford. 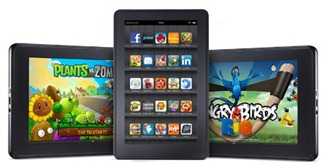 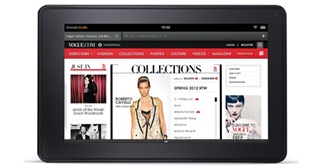 The Fire is a 7-inch tablet/e-reader with an IPS display running at 1024x600, powered by a 1GHz dual-core TI OMAP4 processor and a heavily modified version of Android. Of course, it will be lacking any and all Google Apps, including the official Android Market.