If you own an Android Wear device right now, chances are you're probably waiting patiently furiously checking for that elusive Android Wear 5.1 update. Well, we've got you covered. As the links to the OTA ZIP files become available, we will post them here. To flash these, you'll need to have ADB installed and have the Google USB drivers from the Android SDK. You'll reboot your watch into recovery mode, then select "Install Update From ADB."

Of our many jobs here at Android Police, one is to make our readers' lives easier when we can. With that in mind, here's a roundup of all the OTA links for the latest security update for Nexus and GPE devices.

For Nexus devices, these OTAs basically serve as security and bugfix updates. On the GPE side of things, these mostly serve to finally patch Stagefright, though there is one exception. While smartphone enthusiasts typically care deeply about every spec inside the phones they buy, there's one feature that nearly every smartphone owner wants: a good camera. In fact, on several occasions, I've had friends and family ask which phone they should buy based around that one qualification: which phone has the best camera? Needless to say, a good shooter is a pretty big deal in the smartphone world.

With a name like Selfie, to say that Blu's newest handset is all about the camera experience would be pretty accurate. Not only does it have a 13 MP rear shooter, but also a 13 MP front camera with flash.

You might not know it to look at retail stores in the US or Europe, but Huawei has quickly become one of the world's largest phone manufacturers, even while it keeps most of its high-end hardware restricted to China. The company is showing off its engineering and manufacturing chops with the Honor 6 Plus, a new 5.5-inch phone slated to hit the market on December 23rd. It, uh, might look a little familiar. 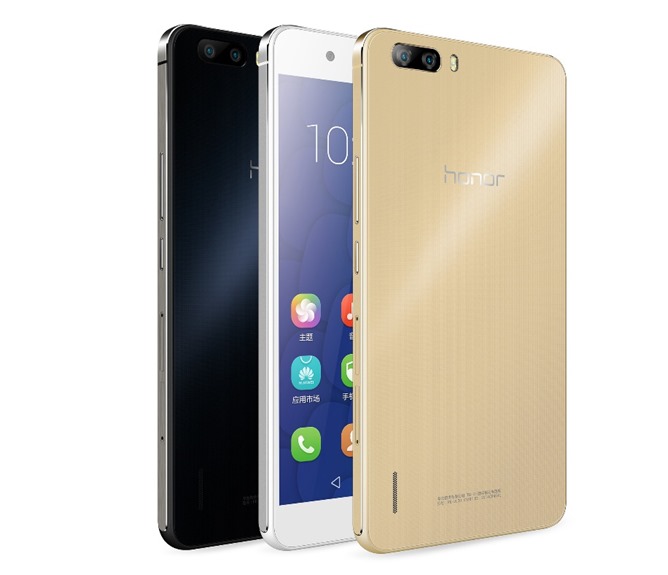 Like previous Huawei devices, the Honor 6 Plus isn't shy about aping trends from other companies. In this case it's taking the metallic border from the iPhone 5 series, adding in a few touches from Sony's rounded and flat industrial design, and then shaving off just about every corner that it can. The Samsung Galaxy S6 was introduced by Samsung on March 1st, 2015.

Not to let competitor Polaroid steal too much of the limelight (see Socialmatic above), Kodak has come to CES with a device of its own. Until now, all the Android Wear watches you could buy were made by technology firms moonlighting as watchmakers, but now there's the Fossil Q Founder. This is the first widely available Android Wear smart watch designed by a company that makes regular watches. In some ways it looks more like a real watch than any of the others, but there are also some design concessions that remind you Fossil is new to the whole wearables thing.