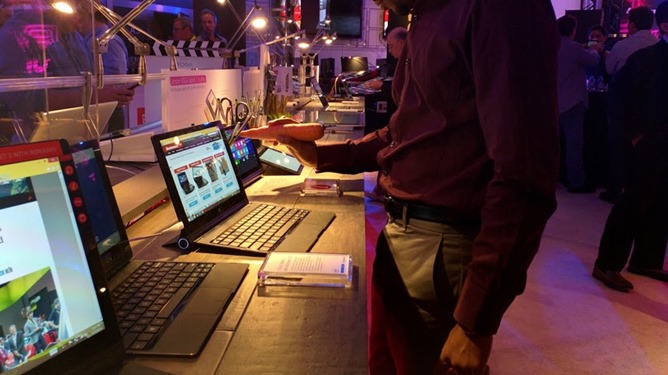 If there's ever been a persistent comment on Android Police in the last couple of years, it's that powerful smartphones are just too damn big these days. The Nexus 6 is gigantic, and 5.2"+ is quickly becoming standard smartphone size. Finding a good, inexpensive phone that isn't too large isn't impossible, but it's probably not as easy as it should be.

So, that's where Alcatel comes in. Yes, Alcatel has a reputation for making some of the slowest, cheapest, and least likeable prepaid phone fare here in the US, but in China and around the world, Alcatel does offer a pretty large portfolio of handsets. According to the Wall Street Journal, Microsoft has agreed to pay between $100 million and $200 million for 6Wunderkinder, the German company behind the to-do list app. At this point, anyone who really cares about getting speedy Android updates knows to avoid using Verizon if possible, with a few exceptions for flagship devices. Those exceptions don't extend to tablets, even high-end ones. Case in point: the Verizon Sony Xperia Tablet Z2 is now getting its Android 5.1.1 update... a year after the software was released, and more than four months after the release of the latest version, Android 6.0. The Dell Venue 8 7000 is a sleek piece of tech, despite the large chin. At 6mm, it's as thin as tablets get. Now Dell is following up with the bigger Dell Venue 10 7000, a device that maintains the awkward name and a few other peculiar quirks.

If you own an Android Wear device right now, chances are you're probably waiting patiently furiously checking for that elusive Android Wear LCA43 update. Well, we've got you covered. As the links to the OTA ZIP files become available, we will post them here. To flash these, you'll need to have ADB installed and have the Google USB drivers from the Android SDK. You'll reboot your watch into recovery mode, then select "Install Update From ADB." You can then run "adb sideload filename.zip" from a command prompt.