Motorola's ruggedized DEFY (which our own Brad Ganley reviewed) is a pretty cool phone. In my book, any time you can stick a gadget in a glass of water (or beer, as the case may be) with absolutely zero negative repercussions, I'm interested. The DEFY is no poser - Motorola's made the first industrial-strength Android.

Unfortunately, a substantial number of users across the globe are reporting a fatal flaw with the device, and surprisingly it's not MOTOBLUR-related.

Motorola's Honeycomb tablet has certainly been receiving a lot of attention as of late - more attention, perhaps, than has ever been paid to a device whose name has yet to be publicized. Nonetheless, the pieces of the puzzle are finally coming together - Engadget has scored seven pictures of the 10-inch slate:

Unfortunately, some of the shots appear to have been taken by Mr. Blurrycam himself - in fact, the graininess is so bad in some images that it's nearly impossible to discern what is being conveyed.

Google's mobile blog released some impressive numbers today in regard to the availability of Google Instant for mobile: the service is now ready for Android 2.2+ and iOS 4 devices in 28 different languages and 40 countries. 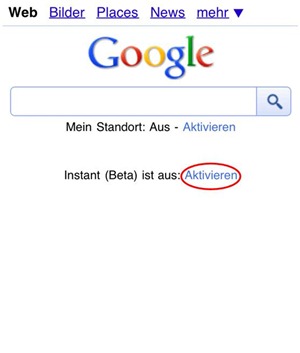 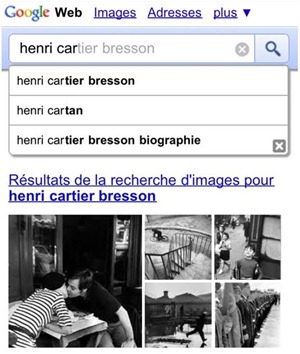 If you're a non-US Android (or iOS) user and want to check availability for your locale, simply go to the Google homepage on your device. If "Instant (beta) is off" appears hit "Turn on", and you'll be set to go.

CyanogenMod 6.1 Alpha has just been ported over to the 5-inch tabletphone, and while the experience is said to be imperfect as it stands, WiFi, Bluetooth, 3G, and hardware acceleration are reportedly all in working order.

Pretty big news out of the XDA-Forums today - forum member and resident genius Ownhere has come up with a 'data2ext' hack that allows users to enhance the way Android handles OS-specific data and memory. Put simply, this hack allows users to change some partition settings in order to greatly increase performance.

Originally created for the HTC Desire, the hack delivers some outstanding performance improvements and is a must have if you own the device.

Android Police has e-mailed Notion Ink on numerous occasions about the Adam over the past several weeks; asking for photos, interviews, details - anything which could ease concerns about the device's production status.

For those of you that can't get enough of the LG Star leaks, Engadget has managed to get their hands on the dual core phone, and, although it is a test unit, it does provide a lot of useful information on what dual core processors may be able to do for Android.

The phone's hardware is fairly non-descript despite the powerful processor held inside. It is also running a fairly unstable build of Android 2.2, which will hopefully be bumped up to Android 2.3 by the time of the phone's release, or at least shortly after.

One of the minor things I find annoying about Android is that there's no stock note app. I never understood how all the dumbphones and featurephones I had in the past 5 years had a note "app," but when I upgraded to my first Android device, I was dumbfounded to find that Android lacked anything similar.

I have no problems with apps such as Remember The Milk as they do the task quite well.

Yet another picture of the still unannounced EVO Shift 4G has been uncovered, this time with its stylish slider keyboard fully revealed in what looks to be a press-release quality action shot. 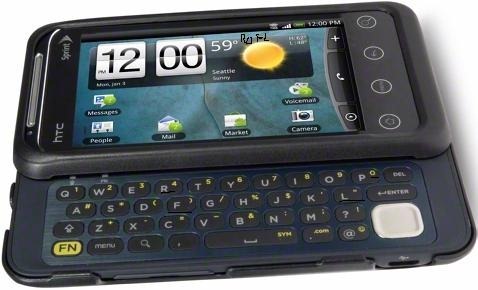 The device is likely Sprint's iteration of Verizon's also unannounced HTC Merge. I've got to say, though, that the Shift 4G looks like it received a far better treatment from HTC's design department. The blue brushed-metal around the keyboard looks great, as do the EVO 4G-style capacitive touch buttons.