Taylor over at AndroidandMe released some Google Analytics findings yesterday showing a couple of hits from Android 2.2 devices, leading us to believe that Froyo is being tested as we speak. Taylor says this information was later confirmed by additional undisclosed sources at Google.

As you may have heard, Google has given each attendee of its fast approaching Google IO conference (happening May 19-20th) a choice of a free Droid or a Nexus One (us included).

Another day, another Android tablet that aims to compete with Apple's iPad in one way or another.

Today we got word of a new Android device, designed by a famous Italian designer Stefano Giovannoni and manufactured by Promelit, which shows some of the finest curves we've so far seen on an Android tablet.

Don't be fooled by this photo-frame look-alike, dubbed AlessiTAB because it offers a lot more. Alessi can:

Garmin-Asus have announced their first Android powered smartphone with the Garmin navigation experience fully integrated. Called the Garminfone (original, I know), it comes with a 3MP camera on board, a MicroSD slot supporting up to 32GB of storage and of course a custom version of Android.

Although the key selling point of the Garminfone is the turn by turn navigation, it offers a compelling set of features for any smartphone lover.

The date 4/20 is usually associated with things of mellow nature, and apparently some of Verizon’s employees or the shipping system itself seems to have been affected by it - a few lucky people who pre-ordered their HTC Incredibles got notices saying it would be delivered 4/20, and sure enough there are reports of these units being received.

What Is Going On?

It is a bit confusing as to what is actually happening right now in regards to the HTC Incredible.

Multi-touch will not be a feature in future updates for the Sony Ericsson Xperia X10 because the device does not support multi-touch due to her software and hardware configuration. 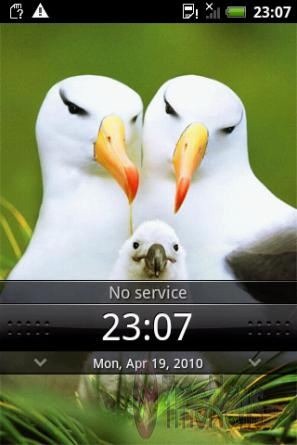 The HTC Droid Incredible hasn't even come out yet but we've already seen plenty of videos of it in action.

This video shot at Wirefly.com's headquarters, however, shows a 14 minute walkthrough by a man by the name of Manny who knows how to showcase the phone best. Why? Because he actually works for HTC and tells the story the way HTC itself wanted you to hear it.

In the video, Manny doesn't just jump around all over the place but instead starts the way a completely new customer would - by logging in.

After a barrage of preorder news, a bunch of previews, and lots of excitement, we bring you two more videos showcasing HTC Droid Incredible's capabilities.

The first one, posted by Verizon's official Youtube account, is an official and professionally shot product review going into all aspects of the Incredible:

The second video, shot by Wirefly, shows what happens when you hook up the Incredible to the TV with the included TV-out port.

The developer, who is behind the Texts From Last Night app for the iPhone, told David Pogue how he received an email from a developer advocate at Google.