Sprint customers typically complain about the lackluster data coverage, but they at least have generally been able to make phone calls. Yet many customers who went out and bought the Galaxy Note 3 from the carrier found that even that ability was lacking. They suffered from garbled voices, popping sounds, and all about terrible audio quality leaving them wondering why they bought a phone over a tablet in the first place.

General users may not care all that much about software updates, but we smartphone geeks anticipate their arrival with the kind of enthusiasm that most holidays fail to muster. So T-Mobile has added a tracker to its website that will help folks like us keep tabs on over-the-air updates for high-end devices.

The Galaxy Note 3 is set to launch on T-Mobile on October 2nd, but if waiting that long causes you too much anxiety, you can now head over to their website and call dibs on one of your own. That's right, Samsung's latest phablet is now available for pre-order on T-Mobile, and while the company may not believe in subsidizing their phones anymore, you're probably going to want to stick with the payment plan when placing that order. Marketing has led brands to far-off places, but apparently not as far as Samsung went — space. Well, technically stratosphere, but we’ll call it space to let Samsung have its feel-good moment while it lasts. The European arm of the company wanted to send a selfie to space for reasons beyond human comprehension, and a satellite lifted off last week for this purpose. In two days, it came crashing down in a family’s backyard in the US, troubling many in the locality.

The kernel source was posted just the other day, which usually signals an update is right around the corner. Indeed, here comes KitKat for the Galaxy Note 3 on Sprint. The 503.6MB OTA download includes a few small tweaks to TouchWiz with Android 4.4. 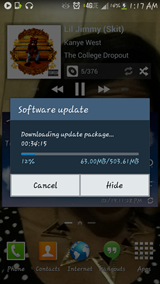 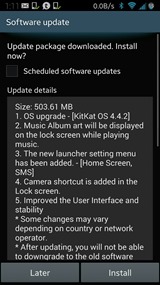 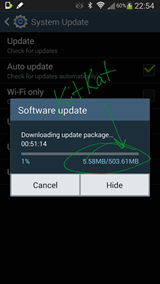 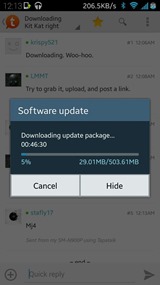 Say what you will about Samsung (and we do - it's pretty much our job) but they don't mess around when it comes to timely source code availability. The company just posted the kernel source code for the Galaxy Note 10.1 2014 Edition, even though it hasn't been released yet. In fact, to our knowledge Samsung hasn't said where or when you can expect to see the shiny new tablet, or for how much. But by golly you can play with the kernel if you want.

The Note 10.1 2014 is essentially a blown-up version of the Galaxy Note 3, right down to the physical control buttons and faux leather back.

The Adobe Reader Android app has received another update, but you're going to have to hand over some money to take advantage of all of its new features. Adobe has rolled out new "Adobe PDF Pack" and "ExportPDF," which users can purchase from within the app. The former let users convert documents into PDFs, while the latter does just the opposite.

Samsung just won't let anybody catch their breath when it comes to hardware releases. Just a few weeks after the worldwide release of the Galaxy S4, the company has posted public information for a new press event, explicitly declaring that new Galaxy and ATIV devices will be on display. Galaxy is of course Samsung's everything, everywhere brand for Android, and for those not in the know, ATIV is their newer generation of Windows products. The Samsung Premiere event is set for Thursday, June 20th, at the Earl's Court Exhibition Centre in London. 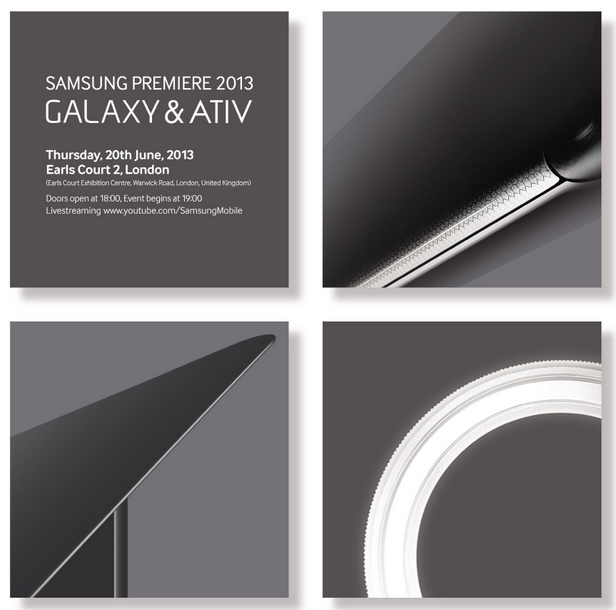 Gentlemen, start your speculation. There are any number of new Android products that might be revealed, but for my money, a new generation of the 10-inch Galaxy Tab is right at the top of the list (the underwhelming 7-inch version of the Galaxy Tab 3 has already been shown).

Owners of the Sprint flavor of the Galaxy Note 3, I have some good news: you're going to be using the latest version of Android for at least a month or two before the L release gets its public debut. Samsung's support site has posted the changelog for the Android 4.4.4 update, which means it should be heading out to end users soon. Not only is this the latest Android build for the Note 3, I think it might be the first build of 4.4.4 for any Samsung phone in the country. 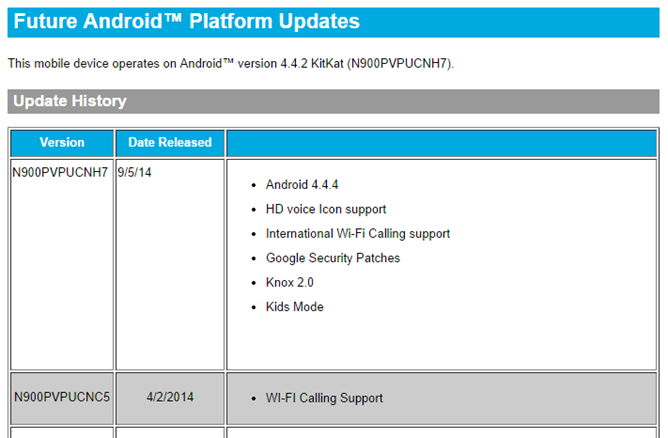 Like most of the other Samsung flagship phones, the Sprint Note 3 has been running on 4.4.2 for the last several months.