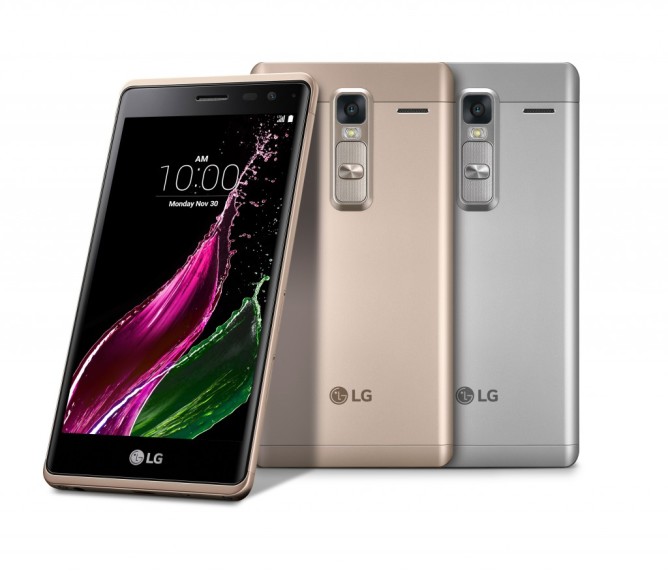 LG would probably like to sell you a G4 right now, but the G3 is still a perfectly nice phone. Today you can pick one up on eBay for the downright reasonable price of $279.99. This is a new unlocked phone that should work on any GSM/LTE network in North America. The G Vista is a mid-range version of LG's flagship phone, a larger variant with similar looks and weaker specs for folks looking to save a little bit of money. Now AT&T has announced that it will offer the G Vista 2 as an exclusive in a matter of weeks. And this time LG is throwing in a stylus. Mere hours ago we saw LG's new V10 phone leaked courtesy of @evleaks, and now LG has made it official.

The V10, which will be shown off at an event in NYC tomorrow, has the hallmark characteristics we've seen leaked and hinted before - a dual front-facing camera setup and a secondary display along the top of the device. It's flippin' ridiculous that you can't flip someone when they flippin' annoy you on WhatsApp, isn't it? You can fist-bump, high-five, wave, thumbs up, thumbs down, and even vulcan (Spock) salute, but you can't send one of the most (rudely) common and universal hand gestures ever... Or can you?

Well, somewhere among the deluge of updates that WhatsApp has gone through in its beta iterations over the past couple of days, a new emoji snuck in.

The LG G Flex 2 is a pretty good phone, even compared to LG's own flagship G4, and it's a great option if you're tired of all the ever-bigger screens that seem to be the current rage. It's also got a pretty decent price: US Cellular sells it for $50, AT&T sells it for $100, and Sprint is selling it for $200 at the moment, with off-contract prices ranging from reasonable at around $500 to ludicrous at over $700 (thanks, AT&T). If you want a good deal without the carrier ball and chain, Expansys is currently selling the phone for just $329.99.