Hey look, everyone - Google sent us all a treat tonight in the form of the first Play Store update in over 3 months. And we just love new things (hi, Kirill!). As usual, you'll find the apk for v4.6.16 towards the bottom of this post.

The Galaxy S5 is coming to store shelves in April, and it's bringing with it a new version of TouchWiz along with a full suite of Samsung apps. These aren't typically the pieces of software Android enthusiasts foam at the mouth to get, but with all the bajillions of devices Samsung pushes each year, we know there are many of you who get a kick out of some of them.

The Search app is the next target on Google's update hit list today. New features are inbound, but we've had quite the time locating them. Let's dive in.

Google added Cricket-related functionality to Google Now just shy of a week ago, and it looks like this update is expanding on it slightly. Cricket teams also have a logo next to their names, whereas they didn't before. 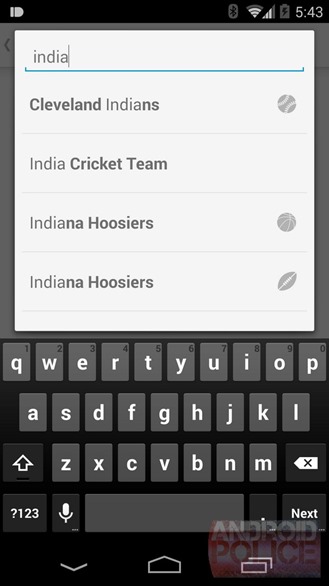 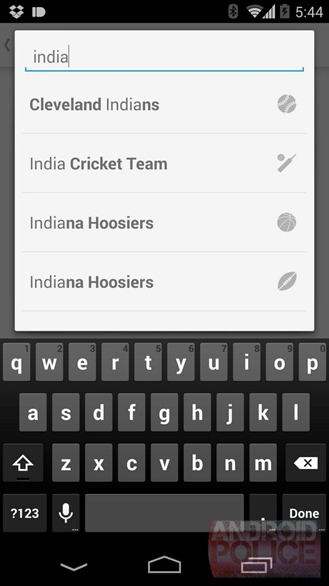 It's time for another Google+ update, and this one's all about photos. Don't use Google+ for pictures? Tough. Let's dive in.

Google+ now supports non-destructive photo editing across multiple devices, so if you start an edit on one device, you can tweak it again or start over using another. And if you don't like what you see, you can still revert back to the original image at any time.