Perhaps you noticed that AT&T started selling the low-cost HTC Desire 610 late last month for just $0.99 on-contract and $200 without. That was apparently only the first step in HTC's attempted conquest on the mid-range device market in the US. The 610 is now on sale direct from HTC and the Desire 816 is launching on August 12th (tomorrow) on Virgin Mobile and direct from HTC.

Sprint's Virgin Mobile pre-paid brand is announcing a new plan option today called Virgin Mobile Custom. Can you guess what the hook is from the name? Yes, it's a cell phone plan that you can customize. The plans come with a basic level of service, then you choose what extras to add. The catch is that you'll only be able to get these plans at Walmart stores. 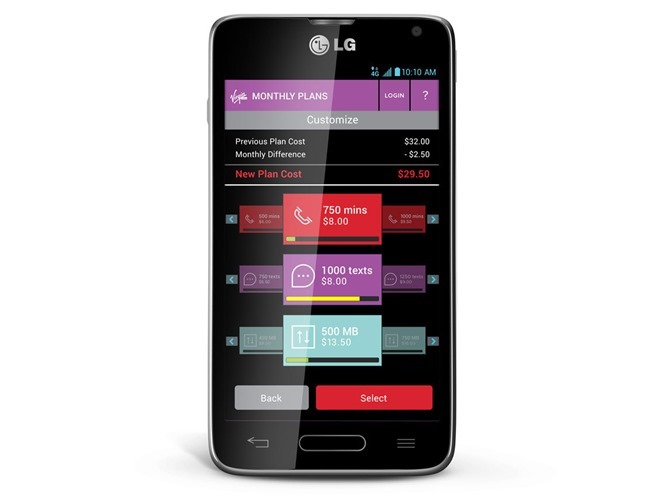 The Galaxy S5 is a pricey phone, the cost of which the big four American carriers typically offset by pushing consumers towards two-year contracts. They generally also offer the choice to pay for the entire phone upfront, but people who want to own the phone outright and have the several hundred necessary to do so stand to benefit from shopping around for the lowest price, and lowest commitment, option available. Today both Boost Mobile and Virgin Mobile have added their names to the list of providers willing to sell a Galaxy S5, doing so for $599.99 with no contract.

Ever since the shutdown of Nextel, Sprint has been preparing to make use of the newly vacated spectrum for its tri-band LTE known as Spark. The carrier has announced today that Spark is launching in six more markets, bringing to total to 11. Virgin Mobile broadband customers can also get a taste of the speed starting today. 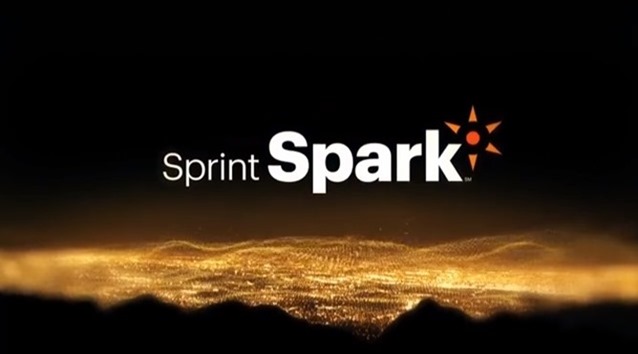 Competition is really heating up in the low cost, off-contract smartphone market these days. Motorola's Moto G, revealed just last week, is the meteor that could potentially change the landscape here in the US when it strikes early next year, offering specs that far exceed anything we've been conditioned to expect for $179. But that's the future. As for now, Americans looking for an affordable but capable off-contract handset can now pick up the HTC Desire (or, more specifically, the HTC Desire 601) from Virgin Mobile for $279.

Virgin Mobile has added the ZTE Supreme to its lineup of Android smartphones, a 4G LTE smartphone that will cost $299 with one of the carrier's no-contract plans starting at $35 a month. The device is priced to compete with the likes of the Nexus 4 (before its price drop) and comes equipped with a 1.5GHz dual-core processor, a 1280 x 720 5-inch display, a 13MP rear-facing camera, and a 2,500mAh removable battery.

The LG Optimus F3 is available today for $179.99 off-contract with Virgin Mobile. The phone comes with Android 4.1.2, a 1.2GHz dual-core processor, and a commendable 2,460mAh battery. The 4G LTE-capable handset will reportedly last long enough to sustain a sixteen hour conversation, though such battery life might require more work on your end when throwing out the dead battery excuse to avoid people. 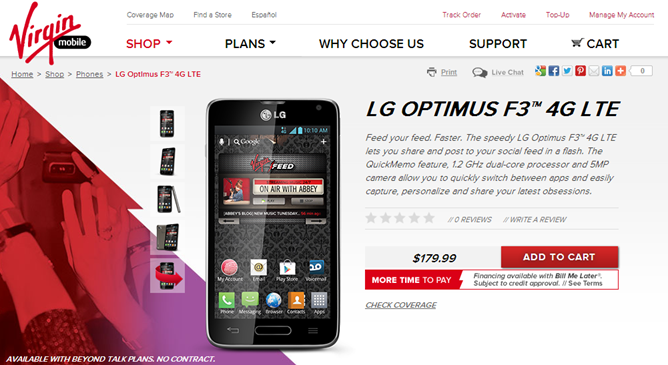 The LG Optimus F3 has a 4-inch screen shielded with Gorilla Glass 2, a 5MP camera in the back, and your typical inferior camera on the front.

Look, I know what you're thinking. You need Samsung to release another Galaxy product, because there's nothing yet in their device lineup that appeals to your particular set of needs. I get it. Sure, there are other brands by other manufacturers out there, but nothing feels quite so comfortable in the palm as yet another Galaxy device. So here it is, the Samsung Galaxy Ring for Virgin Mobile, a 3G-only budget-friendly handset with Android 4.1 and halfway decent specs.