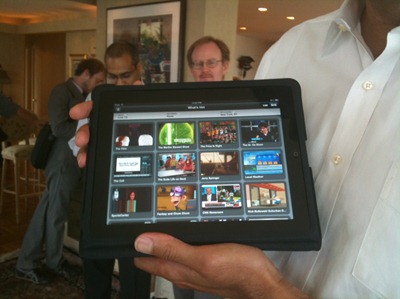 Using a camera to “scan” documents to a digital format is nothing new. There are a number of PC applications available that help users turn photographed pages into PDFs or other document formats. Android enthusiasts can now enjoy the same functionality, as higher resolution cameras on mobile devices have finally allowed this application category to reach maturity. This roundup will cover 5 apps you can use to turn your Android device into a portable document scanner.

One of the most popular games for the iOS platform has just been released for Android, following a rapid porting process by Galcon developed Phil Hassey. On his blog he speaks of his desire to support even low-level Android devices, going as far as to purchase a G1 to use as a development test-bed. The porting process took a little over a week of code translation from the iPhone’s Objective-C to the Android NDK’s C++ and Java.

It’s been a while coming, but Adobe’s Flash Player 10.1 has now ditched its Beta status. Released today to coincide with the ongoing Adobe conference in San Francisco, Flash Player 10.1.92.8 is available in the market for compatible devices, namely Nexus Ones running Froyo. As with all Market releases, there are some quirks with the releases availability, so don’t be surprised if it’s not appearing for you even though it should be.

Love Chrome's ChromeToPhone’s functionality? Want to achieve the same in Firefox? The world’s second most popular browser, Firefox, has an extension of its own to send links, images, selected text and clipboard from your computer straight to your Android phone with a click of a button.

To use the feature, you’ll need to:

Rage by id Software is the newest addition to their FPS line of games; it has become extremely popular and received three Game Critics awards this year at E3: Best Console Game, Best Action Game, and Special Commendation for Graphics.

Android is a great mobile operating system. And with Android 2.2, it’s getting even better. One thing Android isn’t very good at, though, is quick and easy wireless file transfers. This week’s App Of The Week solves half of that problem, allowing you to easily transfer files from your computer to your Android phone.

Awesome Drop aims to provide a simple file transfer solution that is lightweight and usable almost anywhere on any computer, without having to use clumsy FTP software or file hosting services.

It would be nice to say that Fennec has really been coming along of late. But honestly, from an end-user’s point of view, that’s not really the case; it’s still a massive memory hog, crashes seemingly at random, and takes up an inordinate amount of your phone’s internal storage. However, it is definitely growing gradually more usable, and beneath the rather sluggish front-end, some serious changes are taking place.

The Road To Fennec 2

If you've been following Mozilla Mobile dev @mbrubeck, you may have read about some under-the-hood improvements going on lately, as the internals of the browser undergo a complete reworking.

Today’s Google Mobile even certainly did not disappoint. In addition to some minor improvements in Google Search, such as the ability to call businesses and play music from the web, Google introduced Voice Actions, a huge update to Android’s Voice Search application.

The video below demonstrates all the capabilities of the new application. If you’ve used Google’s speech-to-text functions before, you’ll know how well they work, and Voice Actions simply expands on that in a very powerful way.