If you've been looking for a full, 5-row keyboard experience on your Android device, then look no further - Hacker's Keyboard may fit the bill perfectly. HK is really designed to be used with apps like ConnectBot for SSH since it features working Tab, Ctrl, Alt, Esc, and arrow keys, but it's worth noting that this keyboard may not work properly with all apps. The reason for this is because some apps may not recognize the additional keys, as they weren't built to handle that type of virtual input.

As its name suggests, TweetComb is a Twitter client designed specifically for Honeycomb. While it may not be as good as say, Plume, it's really hard to compete with the price (even with the free version of Plume, you have deal with ads, whereas TweetComb appears to be ad-free).

If you've been in an English fanatic's kitchen, there's a chance you might've seen a bunch of word magnets on their fridge which you can assemble into sentences. Remember the super-sweet anti-theft software Theft Aware that we first showed you back in November? The creators of said software have pinged us with some pretty rad info: the licensing has been tweaked so you can now transfer it to a new device!

Initially, the license was tethered to the handset for which it was originally purchased, so once you upgraded your phone, you had to buy a new license to go along with it.

You love pizza, right? And we all know you love Android... but now you can have some sort of socially acceptable ménage à trois with the two. If you interpreted that sentence as "Pizza Hut dropped an official app in the Android Market," then you are totally right! 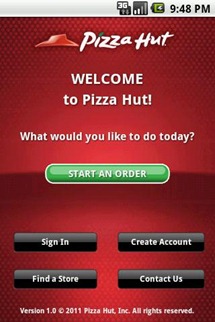 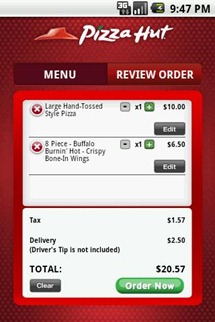 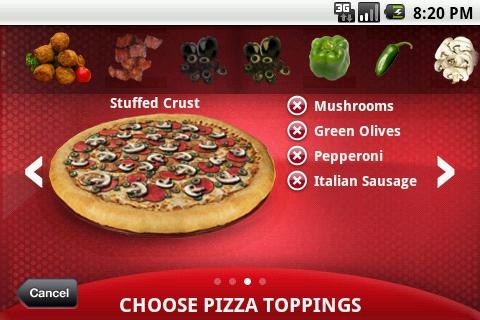 With the official app you can order from the full Pizza Hut menu on the go, take advantage of special coupons and deals, and keep a quick list of all of your favorites for those I-need-to-get-pizza-right-now moments.

While browsing some new arrivals this afternoon, I noticed that Qik, one of the large players in the mobile video chat business, today released an app called Qik for Samsung, clearly targeted at users of Samsung Android devices. Qik has been releasing apps customized to certain classes of devices, or even individual ones, for as long as I can remember, starting with the EVO 4G last year, so seeing yet another variant doesn't surprise me (see Qik for Sprint, Qik for T-Mobile, and Qik for Atrix).