Tablets have, historically, been less-than-ideal for productivity. Part of the problem is that developers are still trying to catch up to the new world of connected devices. One solution, as CloudOn demonstrates, is to bring together the best options from various platforms and merge them into a fluid product. CloudOn lets you use what appears to be remote access to Word, Excel, and Powerpoint from an Android tablet.

The app might be best utilized if you have a connected keyboard and mouse at times, as the UI is still very much the Windows-style.

The Google Maps Android app has been updated to version 6.7, bringing some new important (and useful) features. You probably figured out what they are. Here's the changelog:

Google Offers has been having difficulty gaining traction in a market dominated by the Groupons and LivingSocials of the world, and Maps integration may be just what it needs to start getting a little respect.

The social landscape of the 3rd millennium can be extremely confusing. Facebook, Twitter, Google+, Tumblr, texting, IM...it can all be a bit much. Sometimes you just want to get away from it all, go to a nice quiet place with someone you care about, curl up together and enjoy some nice alone time. Now, thanks to Pair, you can do that on the go! Pair is a social app that allows you to stay in contact with your significant other and no one else.

ShoeBox, an app that represents 1000memories' first foray into the Play Store, is an awesome digital photo organizer, "turning your Android device into a mobile photo scanner," and allowing for sophisticated organization, storage, and sharing of your treasured paper photos. 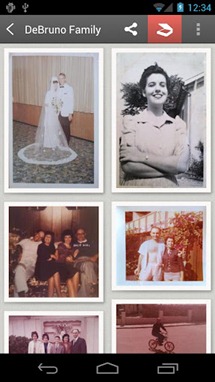 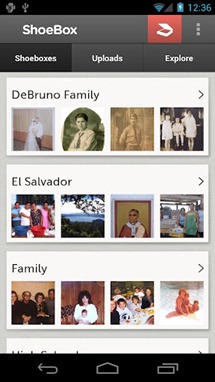 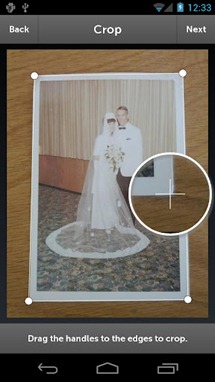 For those that can't exactly hold their device with machine precision when scanning old photos, ShoeBox offers edge detection and perspective correction, ensuring that your newly-digitized photos won't be distorted or misshapen.

WordPress's official Android app has been updated with a bunch o' new features, as well as numerous performance and UI enhancements. The popular blogging platform's (hey, we use it) app has been on a bit of a bumpy road since its initial release, but has consistently been improving over the last year. Hopefully this release will stomp some of the issues that have made it a bit frustrating to use at times.

Do you like food? Of course you do! I haven't met anyone who doesn't like food. Maybe not all varieties of food, but I think that the blanket term food brings a generally pleasing thought to the mind of most humans.

Given our natural love for food and comradery, the majority of us also appreciate the restaurant experience. But finding the right place to dine can be a task, especially if you're trying to eat on a budget.

I'm not going to lie: I have an unhealthy obsession with mobile office software. I've tried nearly every one available in the Play Store, but I keep coming back to OfficeSuite Pro. Its blend of excellent features, intuitive and easy to use interface, and cloud storage integration (Box, Dropbox, SugarSync, and Google Drive) makes it my personal favorite document, spreadsheet, and presentation editing software for my Android devices. 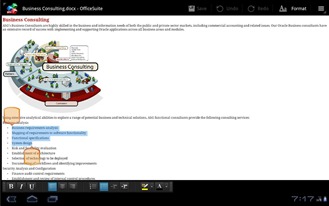 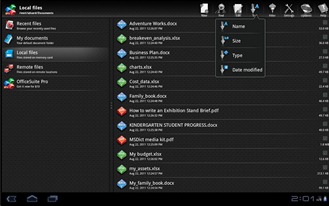 These days, you're not anybody if you don't have an app. Now, Lowe's is somebody. The home improvement warehouse has launched a mobile app that allows you to search for store locations, items, read reviews on products, manage your Lowe's card, and even have some products shipped to you. 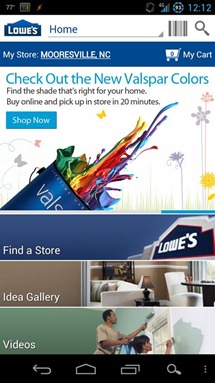 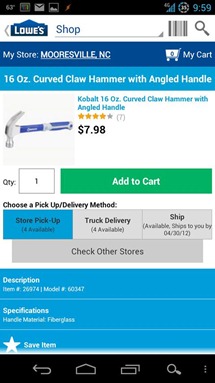 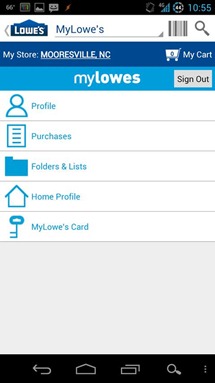 The app is packed with all the bells and whistles you'd expect from a retail app, including a barcode scanner and the ability to check inventory at the stores nearest you.

After the long-awaited launch of Google Drive, it was only a matter of time before users began seeing integration with Android apps. While there's no official Android API for Google Drive just yet, many devs suspected that Drive's Java API would work just fine, despite a confusing statement on Google's developer site:

Warning: Apps will not have any API access to files unless the app has been installed in Chrome Web Store.

You may remember the recent Facebook update that added two rather controversial app shortcuts on users' devices, with icons that had to be revised because they looked a little too similar to a couple of Android's stock icons.

If you found the added shortcuts to be redundant, confusing, or just plain useless, you're in luck - with the app's latest update, the shortcuts have been totally removed.

It's not exactly clear why Facebook so quickly yanked the shortcuts from the app, but rumblings from the user community about the – in many cases – unwanted installation of extra apps may have something to do with the decision.