We found 472 results for 'playstation' After chugging along for four years, Sony is calling it quits and ending its Playstation Vue subscription service. The company cites the slow-changing and competitive Pay TV industry as its primary reason for the pullout, and it plans to focus on its core gaming business going forward. Subscribers will have access to the service until January 30, 2020. Sony may be more widely known for its PlayStation gaming consoles than its Android phones, but with this exclusive UK deal, you can own the best of both. From now through November 4th, readers in the United Kingdom can activate a Sony Xperia 5 on a 30GB EE network plan and receive their choice of a PlayStation 4 or a PlayStation VR Starter Pack. Sony has offered a PlayStation app for Android since 2012, allowing console owners to manage their friends list and view achievements on the go. While the mobile app did closely mirror the PlayStation's interface, it didn't fit in well with the rest of Android (or iOS). An update for the PlayStation app is now available, with a brand new UI. As time moves on, we see more and more streaming and rental services trickle onto Android TV. The latest in this saga is Sony's PlayStation Video, which lets you watch any movies and shows that you've previously purchased via the PS store on your ATV. Now anyone can download this from the Play Store. Yippee.

PlayStation Vue is a TV streaming service that provides live shows, sports, and On Demand to subscribers. Despite the name, it is not limited to Sony's gaming consoles. There is an Android TV app for sitting back on your couch to watch your favorite shows, as well as a mobile version for on-the-go content consumption on your phone or tablet.

The PlayStation Network is generally pretty good, but nothing's perfect, so today Sony is releasing a brand new app that takes the Communities feature of PSN and puts it in an app for Android (and iOS). This makes it a bit easier to find friends and people who have similar interests, which I've found PSN lacks in the past. This goes hand-in-hand with the PlayStation app, which is an entirely separate thing for some reason. 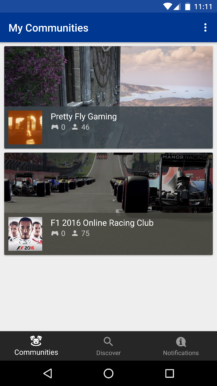 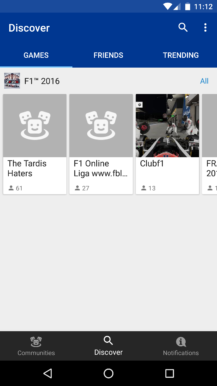 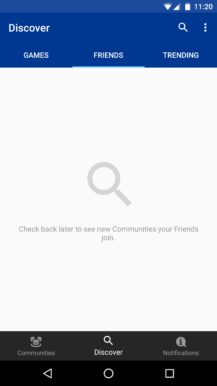 Using the app, you can join Communities and post to the other members - while a lot of stuff is "hey im online anyone want to co-op," some stuff is good, especially for league-based racing games or first person shooters.