Google Pay has come a long way over the years, most recently with a complete redesign now under its belt. Not too long ago we crossed an eagerly anticipated milestone for the mobile payment app, with the service finally surpassing more than 3,000 banks in the US, and now it's adding even more.

With 3,000 banks now in the rear-view mirror, we'll need to start counting down to the next milestone. Of course, with more than 5,000 total financial establishments in the United States, there's still plenty of room to grow. If you've been waiting for your bank to gain support for Google Pay, check out the list of newly-added institutions below to see if yours made the list.

Google's latest additions to the Pay bank family may not represent the big landmark of our last tally, but when it comes to a service like this expanding to support more and more institutions we figure: the more, the merrier.

Some financial services companies would see that 3,000 figure and start resting on their laurels. But Google Pay? Nah, bruh, that's just the signal that it's time to get beast mode engaged. We're only a few days removed from the last dozen new banks Pay added, and now it's already following that up with a good eight more. Will it ever stop? Yo, I don't know. Turn off the lights, and I'll glow.

You add 16 banks. What do you get? Another day older and deeper in BANKS. Google Pay loves banks in a way that's purer and truer than any love you've ever known. It cares about them. They're its children. And it will not stop until they are all working with Pay. Or maybe it might — I don't know. Banks!

What's the deal with banks, anyway? Did you ever think about it? It's like a house for money, but houses cost money, so where does the money come from to build the house for this money? And, like, does money get homesick when you keep it for too long, and you're actually doing something kind by spending it? Mmm, this is a good burrito.

Bank-a-lank-a-ding-dank! New banks calling! And these are by far the choicest, most premium banks to grace the halls of Google Pay yet. We're talking top-shelf accounting — greenbacks so green they're practically radioactive. But maybe they're too good to share. They can just be our secret. You know how to keep a secret, don't you? Google Pay does.

I had a dream last night that I was in a bank. I must have gotten lost and missed when they were closing, and ended up locked inside. You'd think it would be lonely, but I had all that money to keep me company. As the hours stretched on, whispers began to fill my mind; was the money trying to speak to me? What did it want, and why had it allowed the bankers to gather it all in one place? The whispers rose to a roar of veritable shouting, tearing my reality to shreds as they started to reveal the horrible truth behind it all.

Then I woke up, and now Google Pay's got these new banks.

What is a bank? A miserable little pile of money? 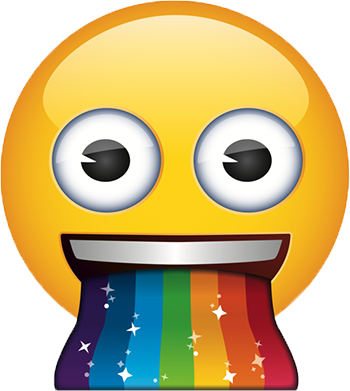 As always, you can grab the latest version of Google Pay from the Play Store using the link below or from APK Mirror.